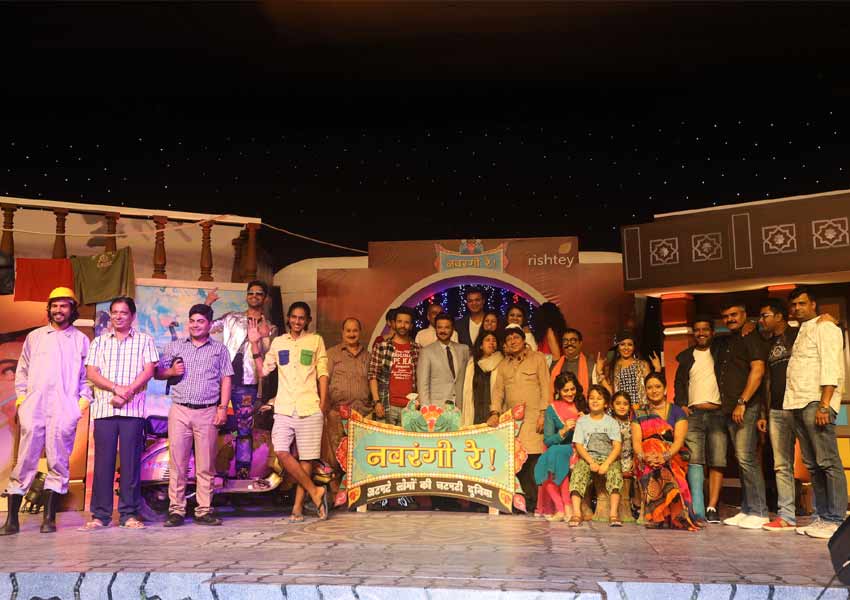 Viacom18 has partnered with the world’s largest philanthropic organization Bill & Melinda Gates Foundation, and development communications specialists, BBC Media Action to create a Hindi general entertainment fiction series called Navrangi Re! with an underlying behaviour change message on sanitation. Laced with high drama, wit and satire, Navrangi Re! is a finite series that will make us all sit up, take responsibility and #GiveAShit this New Year.

Produced by Swastik Productions, Navrangi Re! is the story of a lively mohalla (a neighbourhood) in a town in Northern India full of quirky and endearing characters. Navrangi Re! has a gamut of colourful characters- from a talking wall to a rich and ruthless diva to a spoilt brat to a strong female lead that refuses to give in, and an underlying monster that’s growing underground. It is the laugh-a-minute story of a community living on the edge, teetering from one crisis to another and then deciding to take control of their lives. Vishwaas, the hero of this 26-episode television drama series, played by actor Aamir Ali, is a struggling TV journalist always looking for career-defining ‘breaking news’. In this hunt for one story, he discovers something bigger- the gateway to bring about change in his mohalla! It is entertainment all the way using an ensemble cast made up of thespian actors such as Susmita Mukherjee and Raju Kher, and promising new talent like Vaishnavi Dhanraj, Manmohan Tiwari and others.

Sudhanshu Vats, Group CEO & MD, Viacom18, said “Today, 70% of urban India’s sewage is left untreated and it’s an issue that needs immediate attention. As a media and entertainment company we have realized that you connect with the viewers better when you marry social messaging with an interesting narrative.  Viewers identify and resonate with such content very well and we have seen this with our film, Toilet: Ek Prem Katha. Navrangi Re! therefore is not a PSA but a 13 weeks’ series which aims to showcase the various challenges faced in a community due to lack of proper sanitation facilities. Along with BMGF and BBC Media Action this is our humble effort to spread awareness and lead to behaviour change.”

Nina Elavia Jaipuria, Head – Hindi Mass Entertainment & Kids TV Network, Viacom18, elaborates, “At Viacom18, we are storytellers, and we believe in harnessing the power of stories to bring about change. Navrangi Re! is a product of that philosophy. It is a powerful story narrated entertainingly with the idea to mainstream a topic as important and nuanced as Faecal Sludge Management. Given the wide audience we are targeting through this social impact programming, Navrangi Re! is an apt fitment as the first ever Rishtey Original.”

Devika Bahl, Creative Producer, BBC Media Action, adds, “It’s quite tricky to engage viewers with an issue like faecal sludge management. The challenge is to convert technical information into full-blown entertainment – a story that’s full of romance, drama humour and aspirations. Navrangi Re! is an attempt to achieve that balance.”

This finite series promises to make you laugh while raising critical questions around ‘flush ke baad ki kahaani’, thus making it a challenging experience because how does one make shit prime-time and fun? Siddharth Kumar Tewary, Founder, Producer, Creative Director, Swastik Productions agrees, “Sanitation is a serious issue and the challenge for us was to merge this topic with entertainment and create a light-hearted show which entertains yet gets a strong message across to our viewers. The partnership of the Bill & Melinda Gates Foundation, BBC and Viacom18 and Swastik is a great step on Indian Television as we bring forth content on a mass medium which shall have viewers laughing and learning simultaneously.”

But the USP of the show doesn’t end here! There is a special guest who joins the Mohalla one day as well, and it’s none other than Anil Kapoor, the superstar himself, who is known to take roles he truly believes in. But what made him do a cameo on TV? Says Anil Kapoor, “Most people believe that talking about the cause of sanitation is boring. But Viacom18, being the powerful storytellers that they are, took it upon themselves to add a quirky twist to a seemingly mundane topic and made it funny. The cause is aligned with Sri Narendra Modi ji’s vision of Swacch Bharat Abhiyan, and also very close to my heart. I agreed to do a cameo, because I believe every small step brings change.”

Aamir Ali as Vishwaas said “I couldn’t have asked for a better start to the year. Navrangi Re! is very close to my heart because the character of Vishwas is very relatable. He is fun and games yes, but he also has this hunger of doing something for the betterment of the society.”

Vaishnavi Dhanraj as Chitralekha said, “Navrangi Re! urges you to #GiveAShit and take responsibility. It’s actually my New Year resolution as well.  I think everyone who watches this show will enjoy it,and take a message at the end of it. I couldn’t have asked for anything better.”

Susmita Mukherjee as Rajrani said “I’ve been part of many TV shows in my career, but this one will always be close to my heart. It’s a finite series for once, something I’ve never done before, which means we have the added challenge of establishing our character in a shorter period of time. Also, the character is very “Navrangi” herself.”

Raju Kher as Gajraj Singh said, “Navrangi Re! gives me the opportunity to explore lots of emotions while passing on the message of sanitation. It’s a very creative concept, with a host of actors that are balls of energy themselves. Every day at the sets is unique and rejuvenating. I can’t wait for the audience to feel the same love for Navrangi Re! that we have felt while acting in it.”

Navrangi Re! will launch on February 2nd, 2019 and will be telecast on Saturday and Sunday at 9:30 pm on Rishtey. It will also air on COLORS Gujarati and COLORS Odia at 6:30 p.m. on Saturdays and Sundays starting February 9th. Viewers can also watch it anytime on VOOT. 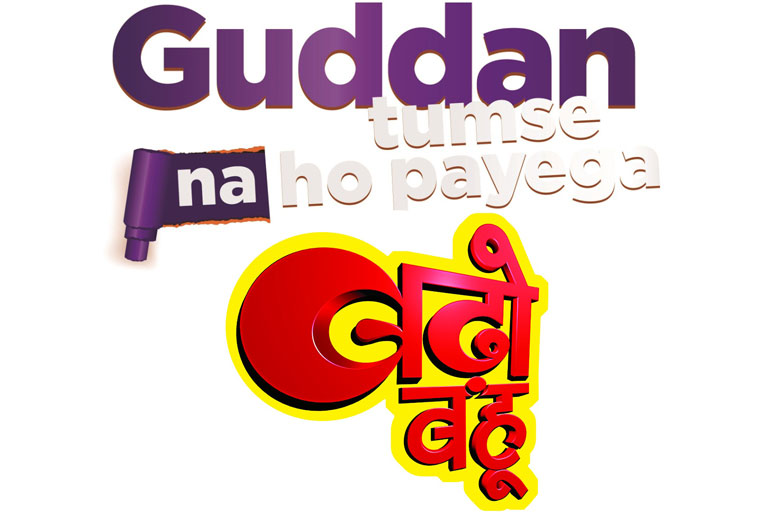 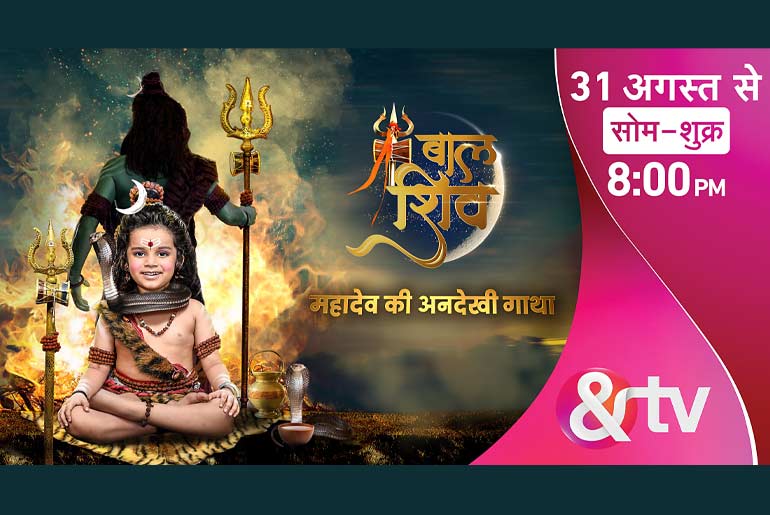 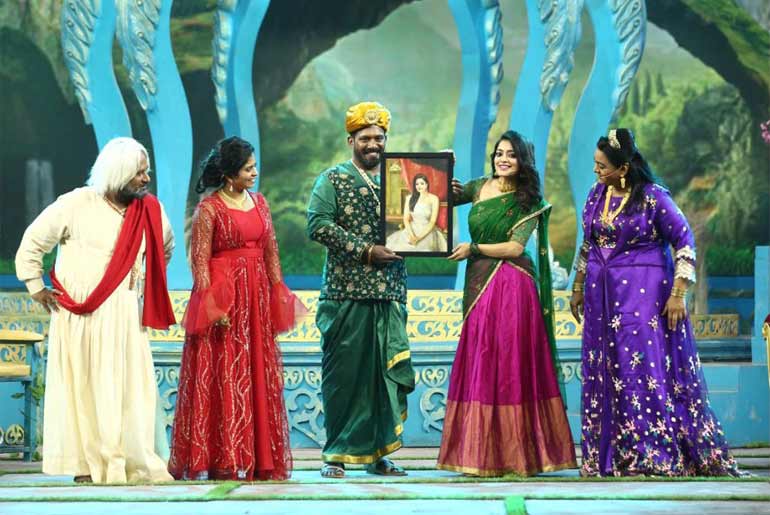