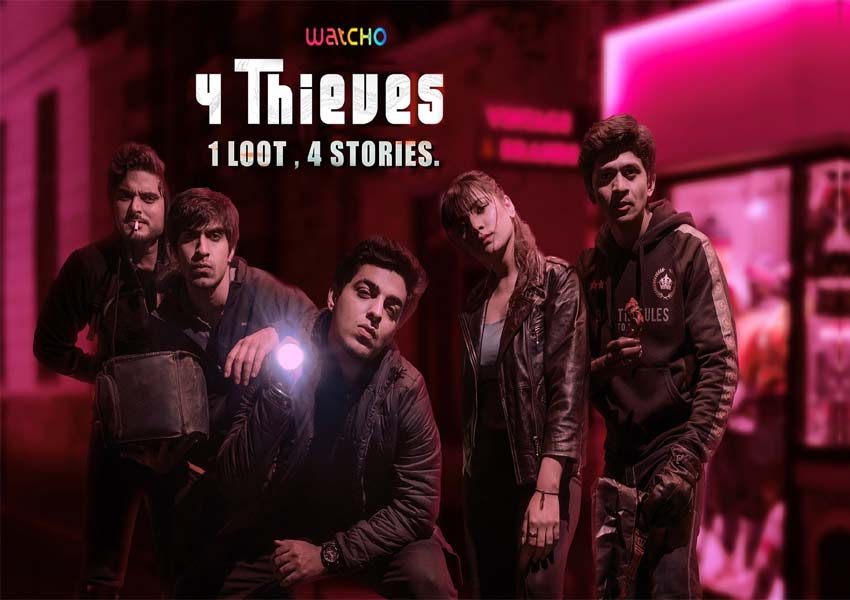 Written and directed by Gautam Parvi and produced by Filmcurry the series delivers a thrilling dose of drama, comedy, intrigue and jaw-on-the-floor moments. The five-episode web series revolves around the lives of four college graduates who are on a miss ion to steal 125 paintings from an art gallery warehouse. As events take startling turns, things do not work out as planned leading to conflicts between the friends and they mess up the whole mission leading to laughter riot from beginning to the end. In the lead role, the high- octane comedy series features multi-talented actors like Keshav Sadhana and Gagan Arora.

Commenting on the launch of new series on Watcho, Mr. Sukhpreet Singh, Corporate Head – Marketing, Dish TV& WATCHO, DishTV India Ltd, said, “Carving our own identity in short format storytelling category, we are excited to announce the launch of our new lighthearted comedy series “4 Thieves”. With the launch of this new series, we further demonstrate our commitment to scaling up and sustaining the quality of the original web series. At Watcho, we understand the need to recommend the right content and roll out shows that are refreshing and engaging for our viewers.”

Watcho app can be easily installed on Amazon Fire TV Stick from the Amazon App Store and at present provides over 20 original shows in Hindi, Kannada, and Telugu regional languages.

Tags:
Previous Article
Improve your Efficiency while Working from Home
Next Article
Virender Sehwag Reveals it All in This Lockdown Special