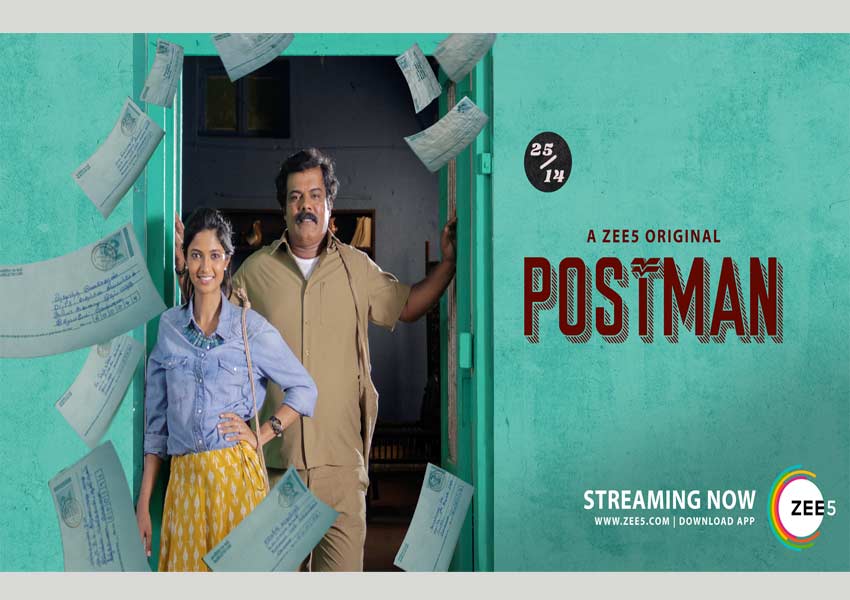 ZEE5 announces ‘Postman’ starring actor Munishkanth as the lead protagonist and actress Keerthi Pandian. Premiering on 27th June, the ten-episode web series revolves around the unfinished job of an ardent Rajinikanth fan who meets with a brutal accident and an anthology of the nine letters he could not deliver.

Directed by the multi-talented Prashanth Gunasekaran and produced by Sameer Barath Ram, the show deals with a postman’s journey of completing an unfinished job of delivering nine letters along with his daughter after recovering from coma, 23 years later and parallel stories of the recipients and how life changes after receiving their respective letters.

Munishkanth said, “The story of Postman is compelling and it is a unique blend of different emotions beautifully put together. It unfolds nine different stories making it the perfect binge-watching experience for audience with varied tastes. It is emotional, humorous and has a powerful story plot. I am truly happy that  we are curating such stories and with ZEE5’s massive reach, this has the potential to travel far and wide.”

Sharing his perspective, director Prashanth Gunasekaran said, “The show promises to entertain audiences and leave them with a feel-good factor. It is heartening that ZEE5 is open to exploring different genres and is bringing to life such unique scripts. We hope the audience enjoys it as much as we enjoyed creating it for them.”

Commenting on the announcement, Aparna Acharekar, Programming Head, ZEE5 India said, “At ZEE5 we have received a phenomenal response for our recent Tamil originals Thiravam and Auto Shankar. We are keen to offer a library of interesting content to our viewers. Now with Postman, we are all set to push the envelope further. I am sure the audience will enjoy these beautiful stories which have been stringed together. It leaves you wondering how their life would have been different if the letters had reached in due time.”