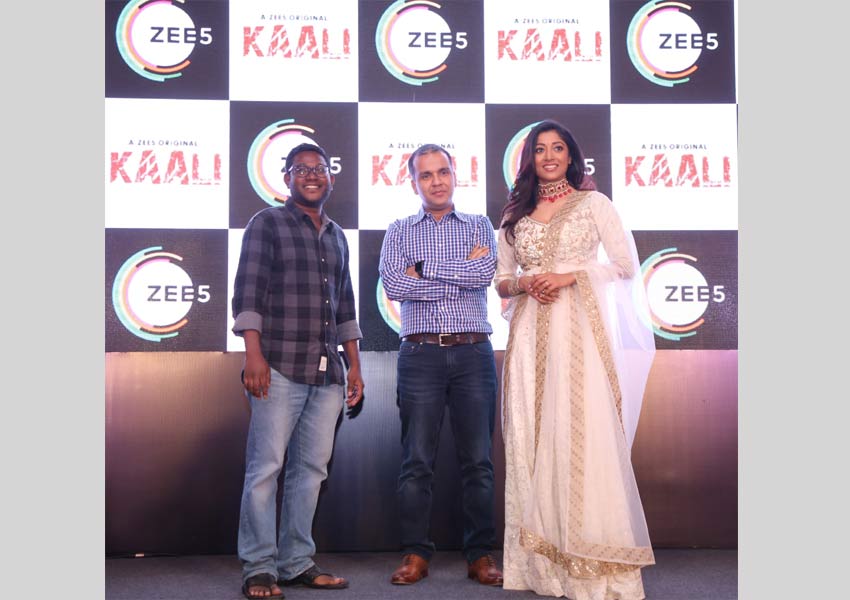 ZEE5 has announced the launch of a ZEE5 Bengali Original and the first Bengali web series on the platform titled ‘Kaali’. With an aim to broaden its regional premium content offerings, Manish Aggarwal, Business Head, ZEE5 at an event in Kolkata announced that the eight-episode thriller will go live on ZEE5 on 13th November. Also present at the event were the stellar cast and crew of the show, including director Korok Murmu, actress Paoli Dam, music director Nabarun Bose and cast members.

Kaali is a story which takes you on a cliffhanger ridewhere a mother has one night to save her son. Produced by Parambrata Chattopadhyay who is known for acting in and directing brilliant and entertaining films, Kaali delves into the unseen underbelly of Kolkata which is usually spoken about in hushed tones. Filled with hope, courage, danger and betrayal, Kaali is a multi-layered show that will give you jitters as it progresses towards the climax.

Speaking about the launch, Paoli Dam says, “This is my first web series and I am hugely excited for the launch. Working with Param and Rahul has been enjoyable as always. I am keen to see the response of the viewers to the show – ZEE5’s wide reach will make sure we are in a large number of handhelds.”

Parambrata Chattopadhyay, Producer, commented, “We have put together our heart and soul intothe making of Kaali. Performances by Paoli Dam, Rahul Banerjee and Shantilal Mukherjee are praiseworthy. Backed with a strong story and unchartered reach of ZEE5, we are certain that Kaali is going to be one of our best creations till date.”

Manish Aggarwal, Business Head, ZEE5 India, said, “ZEE5 consistently strives to deliver edgy and engaging content to its viewers. With rich cinematography and virtually stunning scenes, Kaali is a testament to the rapidly evolving Bangla film industry as also the audience preferences. The show is a thrilling piece from our regional bouquet that will redefine popular perception about the role of women in society. Growth of Bengali content is integral to our regional strategy and Kaali’s launch just ticks all the right boxes to make a perfect entertainment package for our audiences.”