As part of its sustained efforts to promote safety education in the country, UL, a global safety science company has launched its much awaited annual property, the National Safety Science Quiz in collaboration with television news channel NDTV. For the second year running, UL and NDTV have partnered to drive home NSSQ’s simple yet powerful philosophy – safety is a science.

The unique mission of NSSQ:

Designed to challenge students to test their knowledge about public safety issues in India related to road, fire and electrical hazards, the larger mission of NSSQ is to hone conscientious torchbearers of safety who will transform the poor safety culture in the country.  NSSQ’s distinctive appeal, which encourages students to deliberate on actionable solutions for public safety crises inspires the thousands of its young participants embark on a life-long journey to propagate safety awareness in every sphere of life.

To mobilize the mission of NSSQ, as part of the competition, UL will simultaneously hold a Safety Parliament in which the winners of the City Finale will represent themselves as the Members of the Safety Parliament and interact with a panel of experts on safety concerns. The recommendations or resolutions passed at the Safety Parliament will be brought to the notice of the concerned authorities for possible implementation. The participants will be declared as Safety Ambassadors and are expected to act as ‘change agents’, dispelling unsafe practices in their cities and surroundings.

NSSQ is open to students from Class 9 to Class 12. A four stage quiz, the Stage 1 comprises two qualifying online rounds for registered participants. One zonal round in Stage 2 will be held across New Delhi, Jaipur, Lucknow, Mumbai, Pune, Bangalore, Chennai, Hyderabad, Bhubaneshwar and Kolkata. Qualifying teams will then move on to the telecast semi-finals,which will be recorded in NDTV studios at New Delhi. Four winning teams from the semi-final will take the stage in the Stage 4, the Grand Finale, also a telecast programme. For more information on the quiz structure, log on to ndtv.com/nssq2017

Tata Sky and Vedantu to empower JEE and NEET aspirants 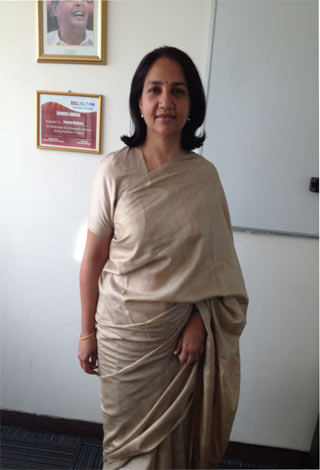