After being awarded the 2017 Grand Prix at the Cannes Lions Festival in the Entertainment for Music category, adidas Originals continues to reinvent its own creative work, releasing an all new third chapter of the “Original” campaign and film Original Is Never Finished proving that when you create freely, the outcome will always be original. “My Way” by Frank Sinatra, the iconic soundtrack that has become synonymous with Original, is remixed and reimagined featuring a new cast of cultural connectors spanning the worlds of music, style and sport. The new collective of creators includes, adidas Originals global brand ambassador, Kendall Jenner, Playboi Carti, 21 Savage, Young Thug and James Harden, all who redefine the idea of originality; each with a distinct individuality, creative spirit and disposition to  challenge the status quo.

Original Is Never Finished explores the idea of recreation as this third chapter of the film sees scenes from previous chapters re-created once again with a new group of creators. The timeless symbol of beauty, Botticelli’s iconic Birth of Venus this time inspires Kendall Jenner, wearing the iconic Superstar silhouette, who assumes this picturesque pose while enclosed in a sci-fi pod, redefining the notion of birth and re-birth and raising provocative questions to a new generation. Rappers Playboi Carti, 21 Savage and Young Thug, all appropriately wearing the un-humble Crazy shoe, are positioned in a familiar formation referenced from the first chapter of the film, only to be revealed as both defiant and unapologetic, much like the musicians’ work itself. A final reflection from chapter one is an adaptation of the mesmerizing “Mirrors” scene which featured a dancing Dev Hynes and takes on a new meaning when reinterpreted through sport. NBA star, James Harden displays his mastery with a choreographed dribbling sequence while wearing the EQT Support 93/17 sneaker.  Each new scene familiar in its own right, but entirely new.

In a series of new scenes, the historic and iconic pose, DaVinci’s Vitruvian Man, a symbol of power, proportions and a perception of an “ideal,” is translated to uniquely identify with each individual in the film in a way which personifies their personality and influences imposed by beliefs within culture and society.

“When we released Originals Is Never Finished for the first time we challenged ourselves to redefine what it means to be original,” says Alegra O’Hare VP of Global Communications adidas Originals & Core. “With the release of chapter three we are putting our words into practice and reinventing our own work. For us to inspire our creative community, we as a brand must to live up to the challenge, and with Originals Is Never Finished we do just that.”

Originals Is Never Finished  is a testament that originality is a constant evolution. Conceived and created under the direction of Johannes Leonardo, adidas Originals’ global creative agency of record, with the release of chapter three the brand proposes a new definition of original; it’s not just about where ideas come from it’s where they are taken to.

“Re-creating one’s own work, in a world that constantly strives for newness is a courageous statement” adds Ferdinando Verderi, founding partner and creative director of Johannes Leonardo, adidas Originals global agency of record. “With this film, Originals aims to inspire in a new generation of creators the freedom to not only look at history as a canvas, but to see their own past ideas as a starting point for future ones. “

Tags:
Previous Article
This Independence Day, take a walk down the Memory lane with CNN-News18
Next Article
Phoebe Ryan Releases New Single “Forgetting All About You” Ft. Blackbear 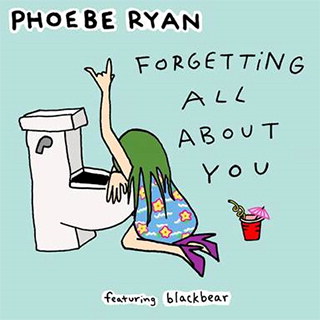