Aftab Singh emerges as the winner of Rising Star Season 3 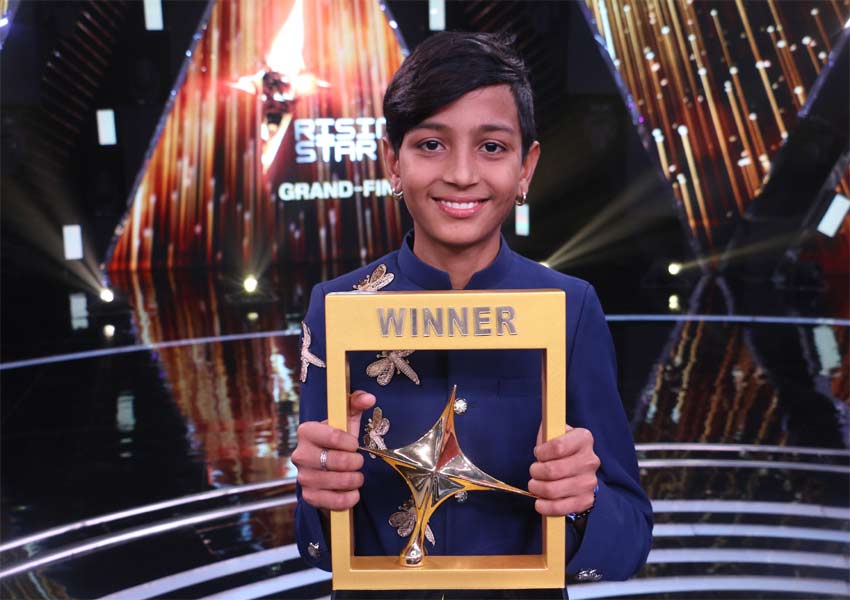 The third edition of India’s LIVE singing reality show,COLORS’ Rising Star 3 culminated after a three month long, vigorous singing battle. Giving the nation its next singing sensation, Aftab Singh clinched the much-coveted trophy and took home a cash prize of 10 lakhs along with a RealMe 3 pro phone while stealing the hearts of millions with his mesmerizing voice. Diwakar Sharma and Sanjay Satish gave a tough competition to Aftab and were termed as the first and second runners up respectively.  Special guest and Bollywood Singer and composer, Udit Narayan was also present to motivate the contestants and hand over the trophy along with the judges of the show-experts Neeti Mohan, Shankar Mahadevan and Diljit Dosanjh.

In sync with the show’s philosophy of “Jab Awaaz ko Milega janta ka pyaar, tab uthegi har deewar”, this season of Rising Star reiterated the fact that a star’s stardom lies in aam janta’s hands and with their love, one can overcome all hurdles. The audience was overwhelmed each time and witnessed a myriad of emotions that came splashing across with vigour and vitality. Contestants from different walks of life came together to pursue their musical career and their journey won the support of many around the nation who encouraged the rising stars with all their might and wisdom. The super talented music experts Neeti Mohan, Shankar Mahadevan and Diljit Dosanjh put their heart and soul to shape up the contestants and boost their morale. The show was also graced by famous industry names like the evergreen Rekha, Sultan of the film industry, Salman Khan, legendary music composer Pyarelal who performed with his 100 member band, the effervescent Mika Singh, the very talented actor and a singer herself Alia Bhatt. The fabulous judges triad of Dance Deewane – Madhuri Dixit, Shashank Khaitan and Tushar Kalia who were left stunned by the singing prowess of the contestants.

As the show reached the zenith, the energy of the contestants doubled up with excitement as they welcomed the veteran singer Udit Narayan as the guest judge for the finale. The four finalists-Aftab Singh, Sanjay Satish, Diwakar Sharma and Abhishek Saraf  battled it out for the one last time and won  hearts of the audience and judges alike with their soul-stirring singing. The evening also saw some exhilarating performances by Udit Narayan, Shankar Mahadevan, and Neeti Mohan. But the highlight of the evening was the tie between Aftab Singh and Sanjay Satish in the first round wherein both got 90% vote. It was a nail-biting finish for both the finalists while Aftab emerged as the winner securing 89% votes while  Diwakar who got 82% votes and Sanjay 76% votes respectively.

Aftab Singh, known as the Chote Sultan of the season, was the youngest among the top 4 contestants. A voice from Punjab, this 11-year-old mesmerized viewers with his music and even became the first one to receive ‘triple tutari’ from Shankar Mahadevan. He also got an opportunity to sing with him at one of his concerts. Aftab’s father is his huge support and encouraged him to be a part of the show.  At this age, Aftab even took up the responsibility of financially supporting his family and when Salman Khan heard about Aftab’s efforts, he offered to extend him his support.

Commenting on the success of the third season in a row, Manisha Sharma, Chief Content Officer, Hindi Mass Entertainment, Viacom18, COLORS lauded the team and said, “Talent that dissolved boundaries, stories that touched hearts and judges personally supported the proud journeys- All this culminated the third edition of India’s only LIVE singing reality show- Rising Star. I would like to congratulate the team to pull off yet another successful season of a property that nudges millions across the country to support the talent. This show is nothing without audiences’ support and like every year they encourage us to present nothing but the best.  I would also like to congratulate Aftab Singh for winning the well deserving title. Keeping our audiences glued to their weekend entertainment quotient, we will now move from a delightful musical journey to electrifying dancing experience by premiering Dance Deewane season 2 starting June 15th, 2019.”

Vipul D Shah, MD, and Founder of Optimystix Entertainment India Pvt Ltd commented, “Rising Star season 3 marks for another challenging yet memorable journey, the taste of which will stay until we tune in again. The unique live interactive platform has paved the way for versatile singers, who stole many hearts with their amazing performances and heart-warming stories. Over the season, the most delightful experience has been to see the talent on the show bag opportunities which has the  power to change their lives. We would like to thank everyone who supported us in making this big. We wish all the luck and love to Aftab for winning the trophy and for his future endeavours.

Elated to win this season, Aftab Singh said, “My journey on Rising Star has been incredible and it’s a dream come true.  Every time I performed on the stage; I could hear my heart thumping but the thrill that it brought was unmatchable. The constant support and love from the judges and audience motivated me to perform better each time. I would like to thank all the esteemed experts for their honest feedback and words of encouragement. I also owe my victory to the audience who voted for me in large numbers and helped me win this prestigious show.”