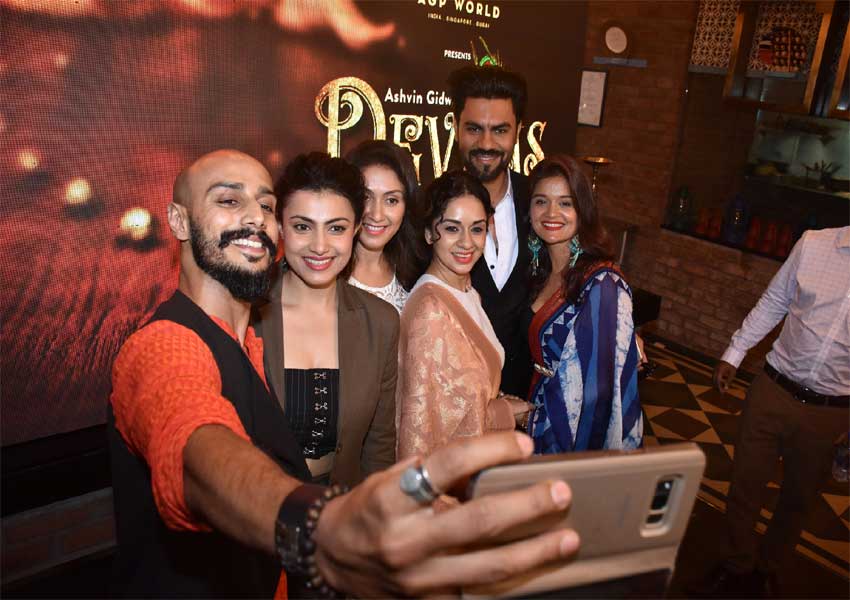 Devdas, a novella by Sarat Chandra Chattopadhyay, is probably one of the most famous love sagas in Indian Literature. Translated into almost every major language, this novella has seen its glory in Indian Cinema. This time AGP World brings the Classic On Stage with all its grandeur!

AGP World’s theatrical rendition has a universal appeal and is narrated by Chandramukhi, a glamorous courtesan and principle character in the play, an opportunity to delight hearts with eternal music and dance to continue the rich legacy. Directed by Saif Hyder Hasan starring renowned actors such as Gaurav Chopra, ManjariFadnis, Sunil Palwal, SukhadaKhandkekar, Bhavna Pani, Smita Jayakar to name a few. This150-minute multi-starrer is a saga of love in its purest form where AGP endeavours to solve the mysteries of what happens to Chandramukhi& Paro after Devdas.

Set in Calcutta in the 1900s, this visual and musical extravaganza, recreates the period in all its grandeur; the time in history of opulent Haveli’s in India and gas-lit busy streets of Calcutta. A triumph in overall design – come experience the stunning artistry, evocative lighting, detailed costumes, unforgettable music and the exhilarating choreography of this play – the most gorgeous, gasp-inducing production ever brought to life on stage in India.

Adapted & directed for stage by Saif Hyder Hasan, whose craft of developing original content that connects with the audience through music, dialogue, dance & theatrics woven with seamless production values is revered in Indian Theatre.

The highlight of this production are the classic and contemporary fusion dance performances choreographed by Shampa Sonthalia (daughter of acclaimed Kathak maestro Padmashri Gopi Krishna) and Bertwin Ravi Dsouza which give life to the musical score of Devdas.Devdas is enriched by original melodies expressing undying, unrequited love sung by some of the most prominent singers like Shail Hada, Bhoomi Trivedi, Shaan, AlkaYagnik, Suresh Wadkar and Antara Mitra.

Bringing this spectacular musical extravaganza to life is Ashvin Gidwani & AGP World India’s leading theatre Production House.Speaking about the play, Ashvin Gidwani, Producer & MD, AGP World expresses, “I am thoroughly excited to bring this classic on stage. Devdas has witnessed several adaptations in the Indian cinema, yet there is something about the epic that connects with the audience. A saga of love presented by multiple onstage and offstage talents, Devdas promises to be a production never seen before on Indian Stage.

Talking about the adaption, Saif Hyder Hasan,Director says, “Devdas is the mother of all love stories. It is the apex of unfulfilled yet eternal love. The story has sustained itself for over 100 years and been adapted for cinema across languages for the sheer poetry and drama inherent in the story. Now on stage for the first time in all its splendour it will move the audience by its spectacle and creativity.”

Light of Life Trust (LOLT) founded by Villy Doctor will host the charity premiere show of Devdas on 16th November, all the proceeds from this show will go towards educating underprivileged children in rural India.