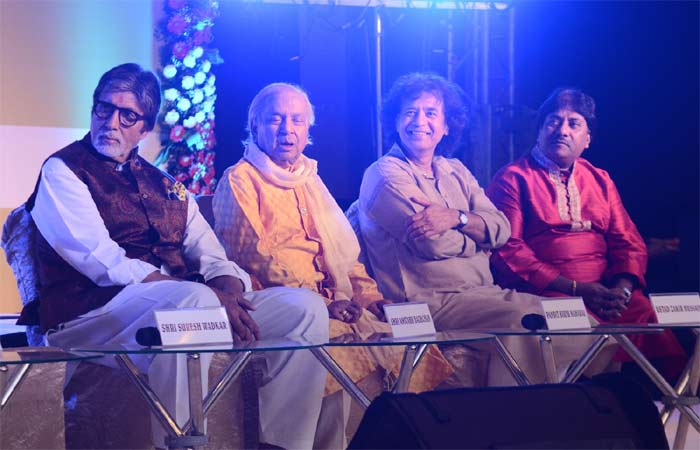 The much awaited 17th edition of Ajivasan’s Vasantotsav culminated with a grand celebration. The annual event is a tribute to Acharya Jialal Vasant, the founder of Ajivasan, whose 100th Birthday is being celebrated this year. Every year Ajivasan’s Managing Trustee Dr. Suresh Wadkar, honours an eminent artiste with ‘Uttam Vag-Geykar Jialal Vasant Award’ for their unparalleled contribution to Music and Dance.

This year the award goes to none other than Padma Vibhushan Pandit Birju Maharaj and the award would be given away by living legend Shri Amitabh Bachchan.The event was attended by other prominent personalities including Suresh Wadkar, Pankaj Udhas, Hariharan, Javed Ali, Shailesh Lodha, Shailendra Singh, Sadhna Sargamand many more.

The ‘Uttam Vag-Geykar Jialal Vasant Award’ was instituted in 2001 in honour of Acharya Jialal Vasant who himself was an Uttam Vag-Geykar – an accomplished musician, proficient in all three fields of music i.e. Vocal, Instrumental Music and Dance.The Festival and award is a way to fulfill Guruji’s dream of bringing back the pristine glory of Indian Classical music so that the youth in India and world over respect Indian heritage.

Tags:
Previous Article
Hits Of Richa Sharma At Indian Idol 9, A Tribute To The Singer
Next Article
ABBY AWARDS 2017 Shortlists to be available for Review