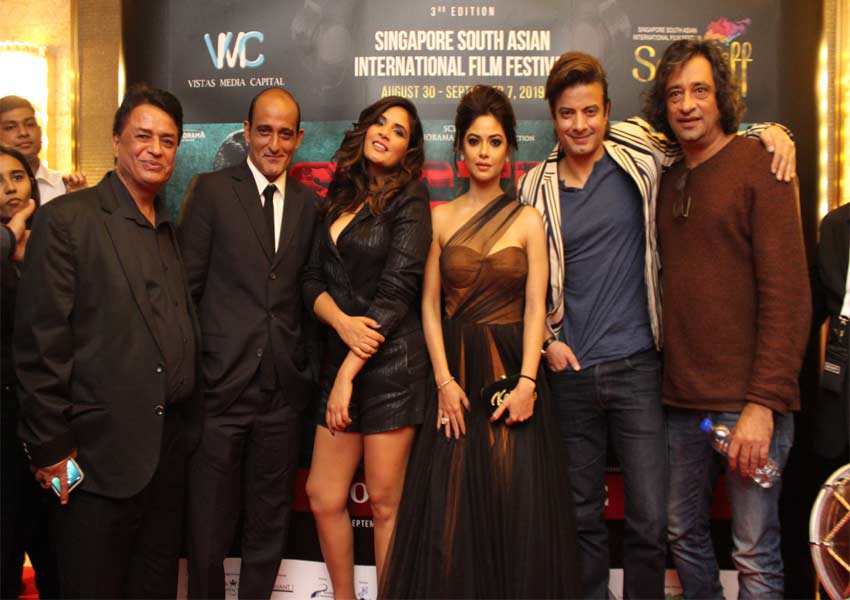 From the makers of films such as Omkara, Special Chabbis, Drishyam and Raid, Panorama Studios’, Section 375 based on the rape law in India was selected as the closing film for the prestigious Singapore South Asian International Film Festival. Starring Akshaye Khanna, Richa Chadha, Meera Chopra and Rahul Bhat in pivotal roles, the movie sheds light on Section 375 of the Indian Penal Code and is directed by Ajay Bahl.

Section 375, which is said to be relevant in today’s times, was showcased at SGSAIFF on Saturday 7th September as the closing film, and the film was received by immense love and appreciation. The film ended with a loud round of applause from the audience! With powerful and hard hitting dialogues, the movie’s world premier is said to spread positive word of mouth.

Overwhelmed with the reactions director Ajay Bahl says, ”It is always an amazing feeling to present your film on the big screen to an intelligent and responsive audience, add to that the old world, art deco charm, of the Capitol Theatre Singapore and you have a night you will always remember. I couldn’t have asked for a better beginning for the journey of Section 375.“

Producer and MD at Panorama Studios, Kumar Mangat Pathak adds, “We are very happy with the way the film’s been received and glad that the team’s hard work has paid off. We are excited about the release of the film back home in India”

Akshaye Khanna talks about playing the role of Sanjaya Baru