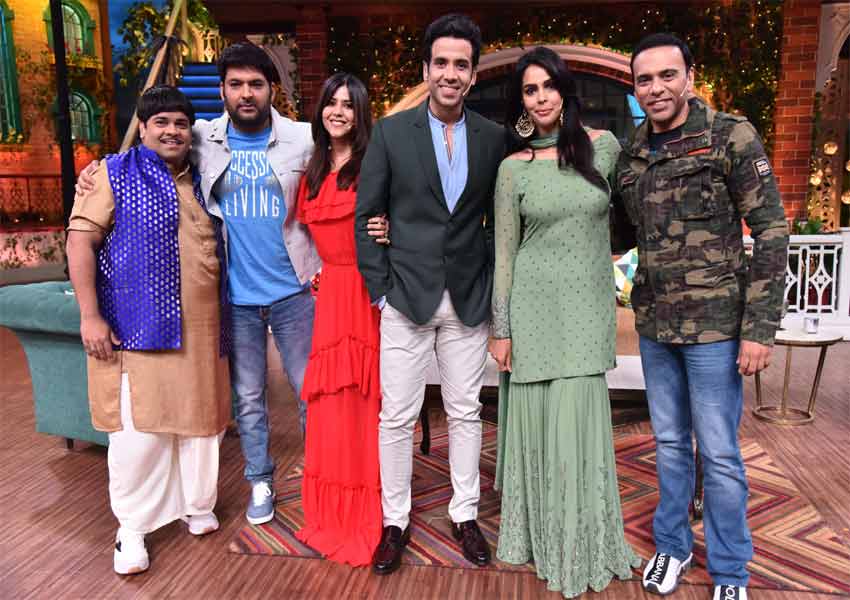 ALTBalaji continues to rule the roost with its highly-appreciated shows. Entering a whole new genre of horror comedy, fans are waiting in eager anticipation for Boo…Sabki Phategi which sees Bollywood actors Mallika Sherawat and Tusshar Kapoor make their digital debut. The hype ahead of the show’s launch certainly seems to be on a high and taking the excitement up a whole new notch was the cast and crew, who made an appearance on The Kapil Sharma Show to promote the web-series. It certainly is a landmark feat for ALTBalaji as this is the first time the cast of the web series has been featured on the show.

This episode of ‘The Kapil Sharma Show’ will definitely be a laugh riot as it features TV Czarina Ekta Kapoor, Tusshar Kapoor, Mallika Sherawat and director Farhad Samji getting chatty with the most-popular host in India, Kapil Sharma. Also, comedians Krushna Abhishek and Kiku Sharda, who played pivotal roles in the series, also happen to be the part of the comedy show will be seen as guests on their own show for the very first time.  As the sister-brother (Tusshar and Ekta Kapoor) duo features on the show then one can expect a lot of revelations and secrets being spilled. While Ekta sizzled in a red dress, Mallika Sherawat, on the other hand, looked ravishing in a green Indian attire. After a long hiatus, she is back in India and it will be a treat for viewers to watch her as a ghost named ‘Haseena’.

With these actors known for their impeccable comic timing, seeing them get together with Kapil is sure to be a complete joy ride. So get set for a lot of wit, jokes and humour in this fun-filled episode soon.