Home Entertainment Altbalaji’s Most Watched Franchise, Gandii Baat Is Back With Season 3
Entertainment

Altbalaji’s Most Watched Franchise, Gandii Baat Is Back With Season 3 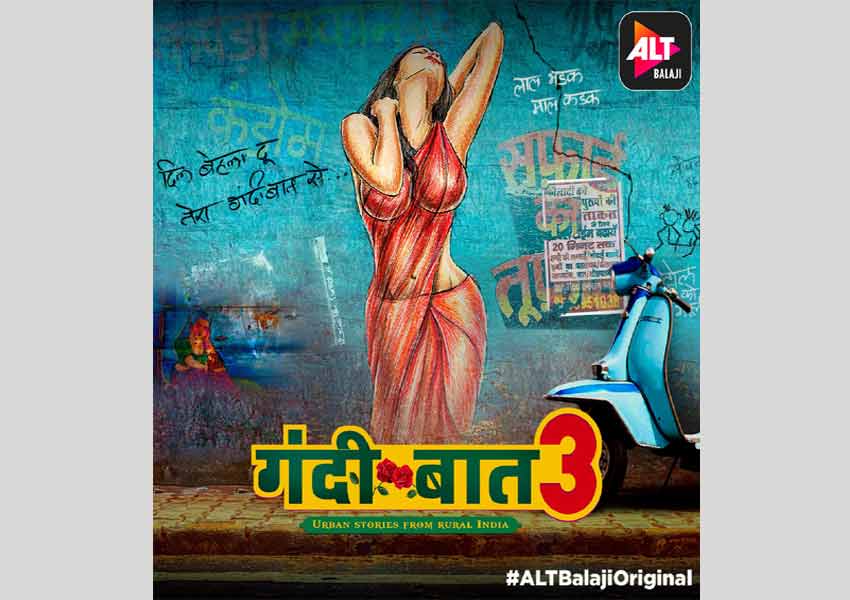 ALTBalaji’s Gandii Baat is back again to take the nation by storm as it drops the trailer of the third season of the series. The erotic web series grabbed eyeballs and became the talk of the town not only in India but across the globe, with almost 15% of its viewership coming from outside India. Owing to its bold themes, the franchise of Gandii Baat is once again set to titillate the audiences and leave them asking for more in its third season. With today’s audience being more vocal and open-minded about sensuality, the show is a depiction of some real-life incidents, that no one speaks about. It comes as no surprise that the web-series has 25% female audience, who now don’t shy away from openly accepting their innate desires. The web-series content has audience hooked and has a stupendous completion rate of 89% on the app, with almost 32% viewership coming from high end smartphones.

The trailer of the third season gives us a sneak-peek into the four stories titled, Harpreet weds Harpreet, Rajkumar, Honeymoon on wheels and Sonam Chadh Gaye. Featuring Lalit Bisht, Rushali Arora, Bhawsheel Sahni, Rishikesh Ingley, Shiny Dixit, Sheeva Rana, amongst others, this four-episode series is definitely something that audiences can’t wait to look forward to.

Commenting on the launch, actor Lalit Bisht said, “The success of previous seasons is not hidden from anyone and I am glad that I got the opportunity to be a part of its new season. I feel that the show is way ahead of its time and is progressive in multiple ways. Everyone associated with the show is experimenting with issues and real life incidents that probably are brushed under the carpet or are considered taboo. I am really looking forward to the launch.”

Speaking about her comeback and trailer launch, Rushali Arora quipped, “I’ve done several shows with Ekta Kapoor in the past and it is absolutely fantastic to be making a comeback with a show like this. ALTBalaji has voiced its opinion against the taboos existing in the Indian society through Gandii Baat which is really commendable. I am very excited for the launch of the series and with everyone waiting to see what’s in store, I hope the show reaches new heights and sets a new benchmark.”