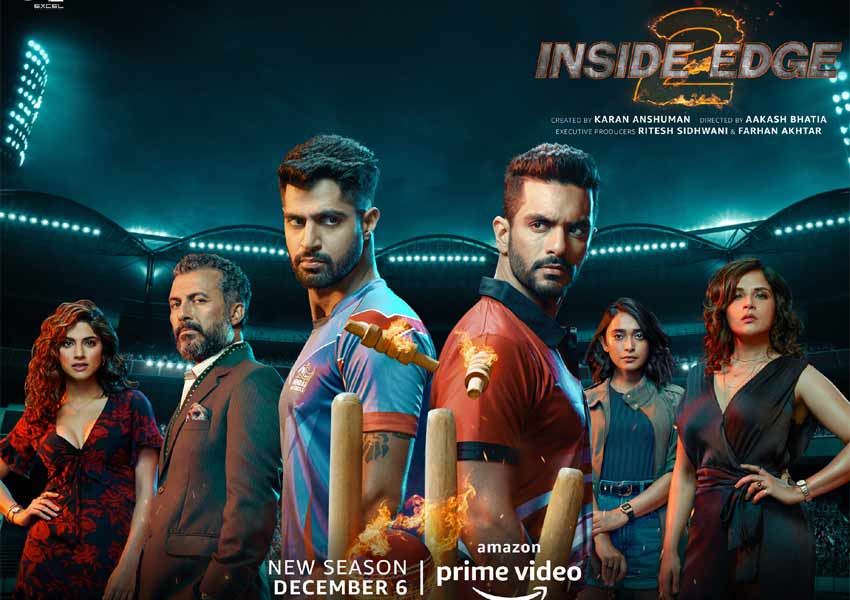 Buoyed by the phenomenal success of Season 1 which also saw a momentous International Emmy nomination, Amazon Prime Video announced the launch of the eagerly-awaited Season 2 of Amazon Original Series, Inside-Edge. This first-ever Indian Amazon Original Series, produced by Excel Media & Entertainment, bowled over viewers’ hearts with the striking story of the Mumbai Mavericks, a T20 cricket franchise playing in the Power Play League (PPL). Created by Karan Anshuman, the new season follows the aftermath of what was seen in the Season 1 finale; i.e. six months after the last season of the Power Play League (PPL), this season of the PPL tournament takes viewers on a roller-coaster ride, bringing together the perfect blend of sports, drama, scandal and glamour. Prime members across 200 countries and territories can binge-watch all 10 episodes of Amazon Original Series Inside Edge Season 2 from 6th December, 2019.

Vijay Subramaniam, Director and Head, Content, Amazon Prime Video India, said, “Being the first-ever Amazon Original Series from India, the launch of the second season of the Emmy nominated Inside-Edge is indeed a remarkable milestone for us. After collaborating on various projects and creating several audience favourites, we can confidently say that our association with Excel Media and Entertainment is now stronger than ever. Inside Edge Season 1 remains a consumer favorite and we are confident that Season 2 will be even bigger. Prepare to binge-watch the ‘game beyond the game’!”

Ritesh Sidhwani, Excel Media & Entertainment said, “The new season of Inside Edge will take viewers on an even more gripping ride of intrigue and drama. Our association with Amazon Prime Video has given audiences the International Emmy nominated Inside Edge, a cult-hit Mirzapur, and the commercially and critically acclaimed Made in Heaven. With Inside Edge Season 2, expect accelerated adventure, compelling storytelling and some adrenaline high twists and turns. We believe that audiences from around the world will enjoy the second season as much, if not more.”

Unravel the suspense thriller ‘Badla’ with the &pictures
MediaInfoline Dec 05