Amazon Prime Video to release Breathe: Into The Shadows on 10th July 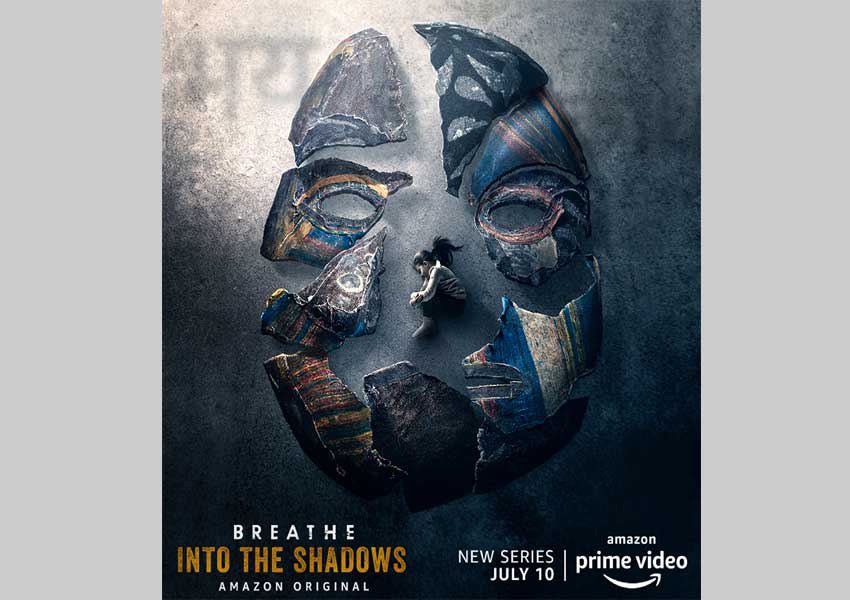 Amazon Prime Video announced that the much-awaited new chapter of the Amazon Original Series Breathe, will be unveiled on 10th July 2020. The all-new psychological crime thriller Breathe: Into The Shadows is created and produced by Abundantia Entertainment and sees Bollywood superstar Abhishek Bachchan make his digital on-screen debut, alongside the return of acclaimed actor Amit Sadh in his award-winning role as senior inspector Kabir Sawant. This Original Series also features one of South India’s leading actors, Nithya Menen, who makes her digital debut. Saiyami Kher also joins the cast in a prominent role. The highly anticipated Amazon Original Series will launch exclusively on Amazon Prime Video in over 200 countries and territories worldwide.

“We are extremely excited to bring a brand new show Breathe: Into The Shadows, featuring exceptional cast including Abhishek Bachchan, Amit Sadh, Nithya Menen and Saiyami Kher. We are confident that our customers will love this edge-of-the-seat emotional thriller across India and beyond.” Aparna Purohit, Head of India Originals, Amazon Prime Video.

“Abundantia Entertainment has always been at the forefront of creating engaging and impactful content across genres,” said Vikram Malhotra, Founder & Chief Executive Officer, Abundantia Entertainment, “We are excited to collaborate once again with Amazon Prime Video for an all-new chapter of the successful Amazon Original Series Breathe. I’m also delighted to get Abhishek in the mix with Amit, Nithya and Saiyami and with Mayank delivering a gripping narrative and a fresh and elevated storyline, we are confident that the show will resonate strongly with fans all over the world.”

“We are happy to bring Prime members an all-new avatar of Breathe,” said Director Mayank Sharma. “While each character in the show has its own story to tell, viewers will discover just how intriguingly these storylines eventually get interwoven. With this new chapter I am excited to take Prime members on a new roller-coaster journey of emotions and thrills that will leave you gasping for breath.”

The series is produced by Abundantia Entertainment and directed by Mayank Sharma. The show has been deftly written by Bhavani Iyer, Vikram Tuli, Arshad Syed and Mayank Sharma.