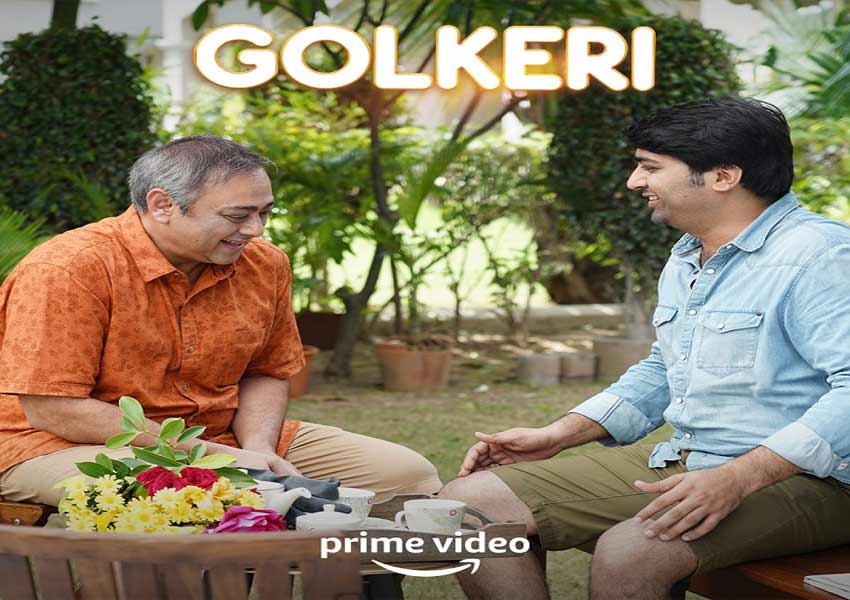 Amazon Prime Video announced the digital premiere of the Gujarati comedy-drama film, Golkeri. Directed by Viral Shah and produced by Manasi Parekh Gohil and Parthiv Gohil, the film is a Gujarati adaptation of the award-winning and popular 2017 Marathi film Muramba. Starring Malhar Thakar and Manasi Parekh in the lead, the movie also marks the Gujarati film debut of veteran actors Vandana Pathak and Sachin Khedekar. Starting 29th May, Prime members in India and more than 200 countries and territories can stream Golkeri.

One of the most successful Gujarati films of the year so far, Golkeri grossed INR 3+ Cr in the opening weekend itself. The movie released on the 12th of February and had a successful theatrical run of over three weeks across 250+ screens.

Commenting on the success of the film, producer & Actor Manasi Parekh said, “The movie is a perfect family entertainer that leaves you with a smile on your face. It was great working with such talented cast and crew, who know how to bring out the beauty in the smallest of moments. I am glad viewers will now be able to enjoy the film on Amazon Prime Video. The film will keep the audiences engaged till the end. Sweet, sour, spicy, tangy: This Golkeri can be savoured and enjoyed by all!”

Actor Sachin Khedekar shares, “It’s wonderful to make my Gujarati film debut with Golkeri. It is a simple yet wholesome movie and a perfect family entertainer. The film is a fresh take on parenting, highlighting the ways to deal with youngsters. I am happy that viewers across geographies will now be able to enjoy the film on Amazon Prime Video.”