Amazon today announced one of its biggest exclusive content deals with Lyca Productions for the digital premiere of 2.0, the Rajinikanth and Akshay Kumar starrer and mega budget blockbuster. Prime members will have access to watch the Tamil, Telugu and Hindi versions of the much-awaited film on Amazon Prime Video. One of the most opulent projects in Indian cinema, with a reported budget of almost 90 million dollars, 2.0 also marks the debut of Akshay Kumar in South Indian cinema.

Commenting on the association with Lyca Productions, Vijay Subramaniam, Director, Content, Amazon Prime Video, said, “With this momentous deal, Amazon Prime Video further enhances its robust Bollywood and regional content library. We keep the customer at the center of all that we do. Amazon Prime Video is happy to join hands with Lyca Productions for the exclusive streaming rights for this mega blockbuster film.  Both, Rajinikanth and Akshay Kumar are phenomenal actors with an unbelievable fan following that will soon get the chance to stream the sequel of Rajnikanth’s memorable movie on their favorite streaming device.”

“Making movies is my passion” says the Chairman of the Lyca Group, Mr. Subaskaran Allirajah “We are here to produce great movies. I hope these investments will take Tamil and Indian cinema to world-class standards.”

A spectacular audio launch of the Superstar Rajinikanth and Akshay Kumar-starrer was earlier held at Dubai’s Burj Park on 27th October, The event saw the film’s music composer, Academy Award Winner A.R Rahman, perform live at the event, apart from a host of other exciting performances and stage shows.

One of the most opulent projects in Indian cinema right now, 2.0, helmed by master of grandeur, Shankar, is the sequel to the 2010 film Endhiran. It will see India’s biggest star, Superstar Rajinikanth reprise his role of Dr Vaseegaran and the robot Chitti. The movie also marks the debut of Bollywood megastar Akshay Kumar into Tamil cinema as the primary antagonist. The movie, pegged as one of Asia’s costliest ventures, is also being filmed using 3D cameras directly to ensure that the film provides a grand visual experience. 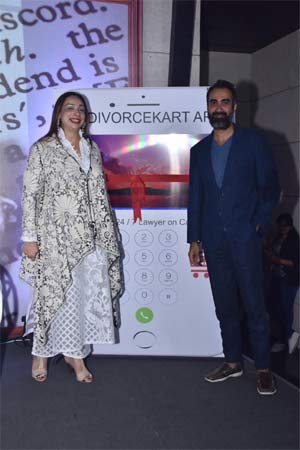