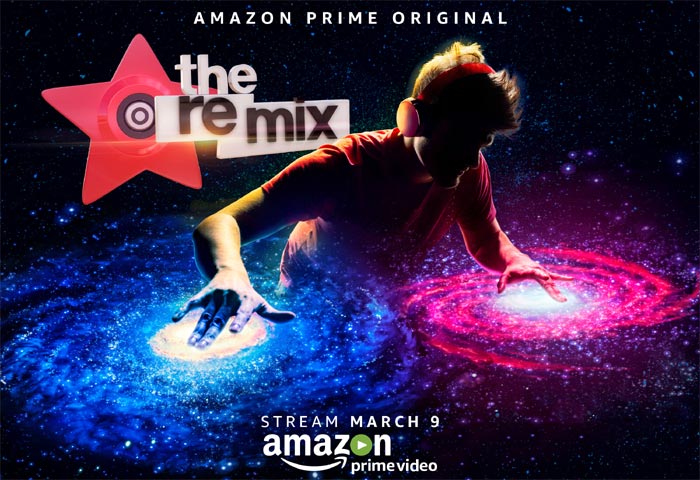 Amazon Prime Video India today released the trailer of The Remix, a new Prime Original which pairs DJs and singers to compete in the ultimate music spin-off challenge. The Remix will launch as a 10 episode series starting March 9, 2018, with a new episode every week. The teaser was released a while back.

Created and produced by Greymatter Entertainment, The Remix revolutionizes the concept of music reality shows in India. Prime members can re-discover their favorite Bollywood songs, presented in a whole new light as pairs of one singer and one DJ, battle each week to rejig, reshuffle and remix popular songs and win the coveted prize. The talented contestants will be judged by the biggest names in the music industry: celebrated singer, Sunidhi Chauhan; national award winning music composer, Amit Trivedi, and king of the DJ console, Nucleya; while heartthrob Karan Tacker will add an element of humor as the host of this new reality series.

Vijay Subramaniam, Director, Content, Amazon Prime Video India, “The overwhelming response we have received for our first two Prime Originals, Inside Edge and Breathe, shows us that Indian audiences are ready for new content that has never been seen before.  With The Remix we’ve taken two things that Indian customers have told us they love – reality TV and Bollywood music and made a unique show that we hope will appeal to the whole family. With the launch of this show, we are set to give 10 dynamic musical duos an opportunity to present their unique talent to a global audience.”

The Remix is a stage where experimentation and innovation reign supreme. The competition features fusions of multiple genres of music from trap mixed with Bhangra, to future bass mixed with East Asian sounds, from blues to Desi beats and much more.  The contestants explore different themes like ambient sounds, retro remixes, live instrumentation, sounds of India, global beats and more in each episode. Every performance is enhanced with unique acts, choreography, and cutting edge visual design, creating a never-seen-before musical extravaganza.

Over the course of ten sensational episodes, one team will be crowned the winner of The Remix and the new faces of Indian music walking away as The Remix title winner and INR 50 lakhs!