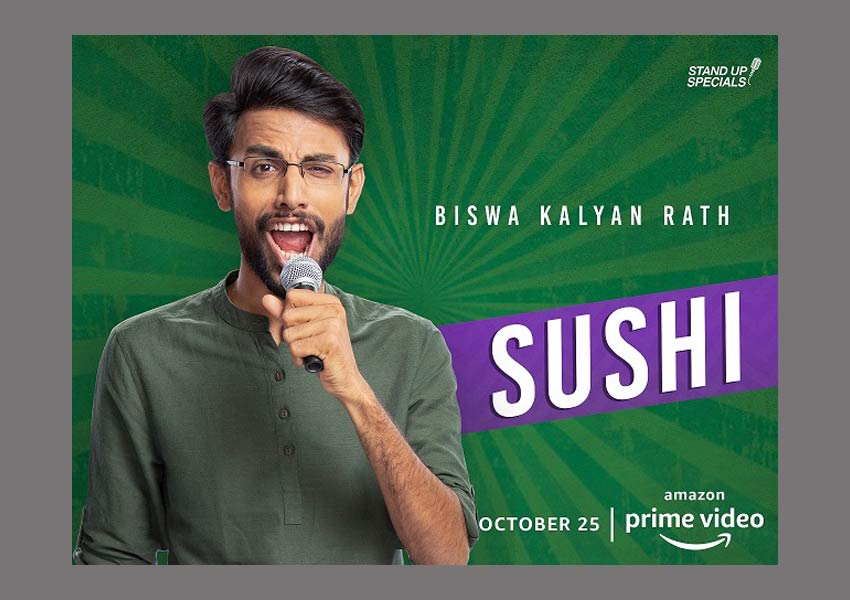 This festive season, Amazon Prime Video continues to bring the latest entertainment to its customers through a selection of new titles. Renowned comedian and Comicstaan judge Biswa Kalyan Rath returns with a fresh set of jokes offering a rib-tickling comedy experience in his latest Amazon Stand-Up Special Sushi.

Don’t forget to stream Men in Black: International – the latest edition of the popular Men in Black franchise that stars Chris Hemsworth and Tessa Thompson in the lead. In this action thriller, the MIB have expanded its horizon to cover the globe; and so have the villains of the universe. To keep everyone safe, decorated Agent H and determined rookie M join forces – an unlikely pairing that just might work to save the world from the mischievous plans of the aliens.

Biswa presents a carefully assorted platter of raw but delicate jokes skillfully assembled with great care and precision from thinly sliced observations caught from the sea of existence of humanity on planet earth that leaves your soul feeling cheerful, happy, content and light.

Ittymaani – Made In China (Malayalam)

Manikkunnel Ittymaani, son of a prominent Chinese martial arts trainer, is a reckless person who keeps landing into trouble. Directed and written by Jibi Joju, the film stars superstar Mohanlal in the lead, along with Radhika Sarathkumar.

A con-comedy, Cheel Zadap is a story about two con artists who try to outsmart each other along with the police. The film stars Darshan Jariwala, Jimit Trivedi and Sushant Singh in the lead.

A laughter riot, Nikka Zaildar 3 is a hilarious story about Nikka, whose father’s soul enters his body following his death. The film stars Punjabi superstar Ammy Virk in the lead.

Chal Mera Putt is a light-hearted comedy about a group of illegal immigrants living in the city of Birmingham. The film explores the struggles they face, the lasting friendships they make and the challenges they overcome while trying to get their PR.

The Men in Black have always protected the Earth from the scum of the universe. In this new adventure, they tackle their biggest threat to date: a mole in the Men in Black organization.