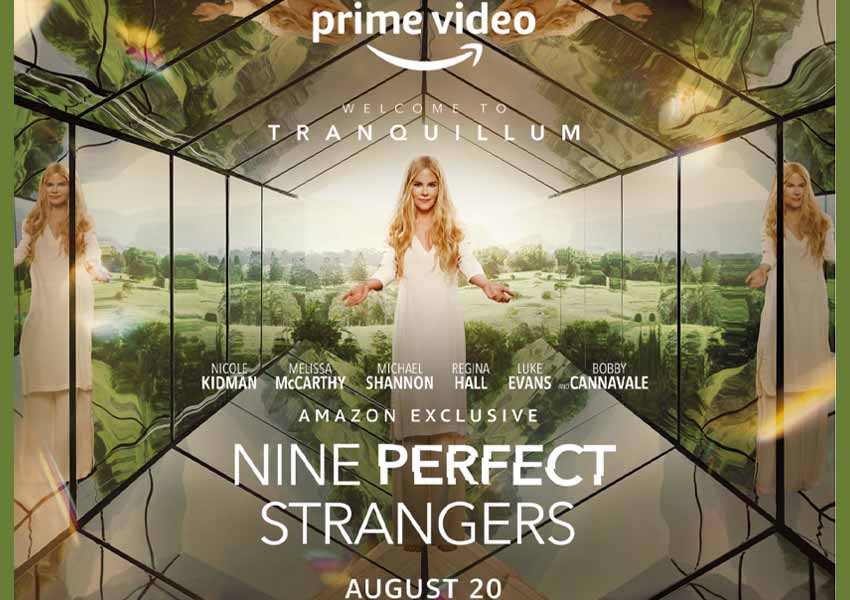 Amazon Prime Video revealed the first look of an eight-part drama series, Nine Perfect Strangers. The series will premiere on August 20, 2021, worldwide excluding the US and China.

The series is based on The New York Times bestselling book from Australian author Liane Moriarty and is produced by the teams behind Big Little Lies and stars Nicole Kidman and Melissa McCarthy in their first project together.

The film has been shot in Australia and is set at a boutique of a health-and-wellness resort that promises healing and transformation. Nine stressed city dwellers try to get on a path to a better way of living. Watching over them during this ten-day retreat is the resort’s director Masha (Kidman), a woman on a mission to reinvigorate their tired minds and bodies. However, these nine strangers have no idea what is about to hit them.

The global Amazon Originals include Tom Clancy’s Jack Ryan, The Boys, Hunters, Fleabag, Borat The Subsequent Moviefilm and The Marvelous Mrs. Maisel that are available for unlimited streaming as part of a Prime membership.

Prime Video is available in India at no extra cost with Prime membership for just ₹999 annually or ₹129 monthly, new customers can find out more at www.amazon.in/prime and subscribe to a free 30-day trial.