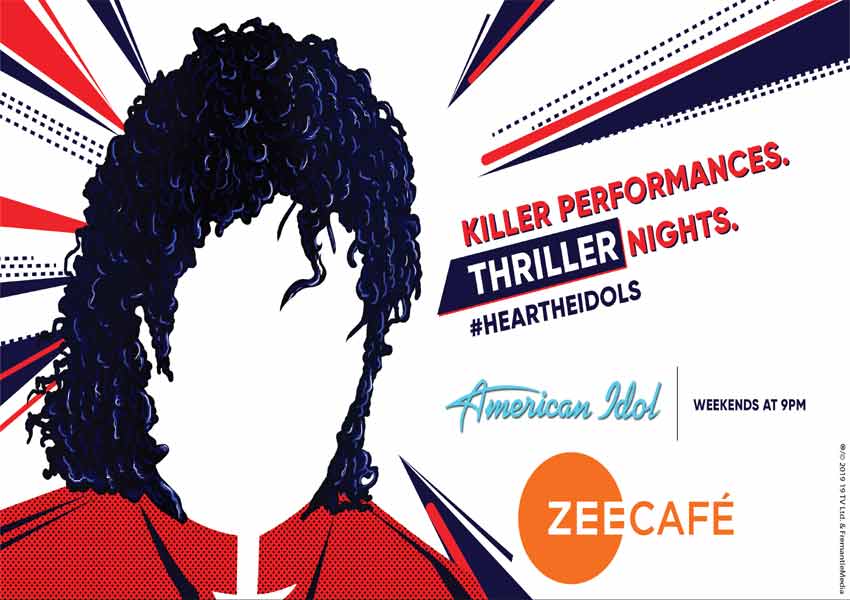 Zee Café has launched the all new season of American Idol with a visually stunning promotional video – a treat for the music fans! Be it the iconic music maestros like Michael Jackson and Elvis Presley with their quintessential hairdos or the unique styles of Lady Gaga; the American Idol promo is everything iconic about American music. Depicting popular pop-culture elements with quirky illustrations and an upbeat track, the promo culminates into the American Idol platform reaching India. A show that’s made in America is now being showcased in India, only on Zee Café as the channel presents the all new season of the most coveted singing reality series American Idol, every weekend

Known to kickstart the musical journeys of some of the biggest names today – Phillip Phillips, Kelly Clarkson, Carrie Underwood and Adam Lambert – American Idol is certainly the most sought-after launchpad for every aspiring singer. Recognizing such talented artists who are each an idol in their own right, American Idol is all set to scale newer heights in yet another season of the popular singing reality show. With a unique promotional video, the latest season of American Idol boasts of performances that captivate you, painting the atmosphere with musical melodies that leave an everlasting echo.

Together with an eminent panel of the terrific trio – award-winning singing diva Katy Perry, Academy and Grammy Award winning legend Lionel Richie and country music sensation Luke Bryan; this season will witness contestants go through four challenging rounds for only one to be crowned as the winner of American Idol 2019! Hosted by the charming and charismatic Ryan Seacrest, the show is set to bring music enthusiasts from all corners of the world who will win the hearts of millions with their soulful renditions in the all new season of the show!

Bringing some of the choicest films, dramas, news and lifestyle content for the Indian viewers, Zee English Cluster is truly the one-stop destination for the biggest international titles. With a powerful bouquet – Zee Prime Pack English – comprising &flix, Zee Café, LF and Wion, priced at an attractive Rs. 15/- per month, viewers are truly spoilt for choice when it comes to compelling TV series and the biggest Hollywood hits, alongside international news through Indian lens and the food and lifestyle content. That’s not all! For those who appreciate content that is compelling, &PrivéHD brings riveting and award-winning films that stimulate the minds as they enthral audience. Bringing this world of nuanced cinema, Zee Prime Pack English HD comprising – &PrivéHD, Zee Café HD, &flix HD, LF HD is priced at Rs 25/- enabling more viewers to pick premium.

Watch the harmony of strings, keys and melodious voices as American Idol every weekend at 9PM, on Zee Café and Zee Café HD.