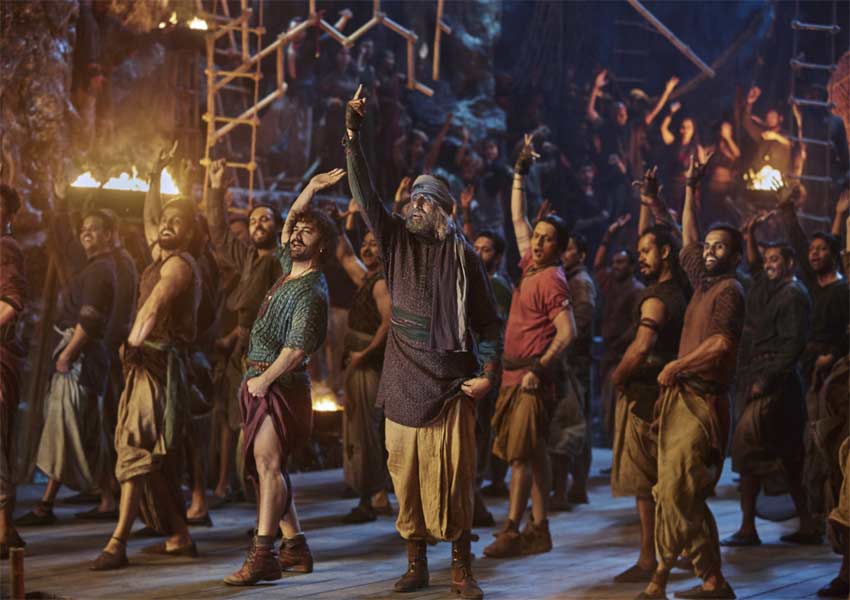 Yash Raj Films Thugs of Hindostan is the biggest release that Bollywood has offered in a really long time. It is the biggest visual spectacle on the big screen that boasts of larger than life, never seen before cinematic experience for audiences this Diwali. Having pulled off an incredible casting coup by bringing together two of the biggest legends of Indian cinema Amitabh Bachchan (who plays the role of the fierce warrior Khudabaksh) and Aamir Khan (the wily and not to be trusted Firangi) on screen for the first time, the film is set to light up this Diwali.

Amitabh Bachchan showers heaps of praise on Aamir and his perfectionism towards the craft. He lauds him for being extremely multi-faceted and multi-talented. He says, “Aamir himself is a great human, he is a writer, director, assistant director, producer, cameraman, distributor, screenplay writer, Exhibitor, marketer all rolled into one and on top of it he is a brilliant artist. It’s difficult to battle him in any sphere, so let’s just keep it at that. It’s been a joy working with him!”

For Aamir, it has been a dream come true to work with the legend. He says, “It’s been thirty years of my career and I have never had a chance to work with him. I used to sometimes sit and feel maybe I will never get to work with Mr. Bachchan. So, when I finally got the opportunity to work with him, I was most excited about that. I have been such a huge fan of Mr. Bachchan all through my life.”

Aamir and Amitabh Bachchan have taken the excitement for Thugs of Hindostan several notches higher by showing people that they are not just acting with each other in the movie. Audiences, for the first time ever, will also see them dance together. They also can’t wait to understand why they are fighting against each other in the film.

Aamir cherishes shooting with Mr. Bachchan by saying, “He has got an amazing aura about him. It’s been an enriching experience doing this film and working with him. He is someone who is very sharp, intelligent, very warm and generous with his co-actors. He has got a great sense of humour and he keeps the mood very alive when he is working. I think he knows how much I love him and how fond I am of him.”

The film also stars Katrina Kaif as the gorgeous performer Suraiyya and Fatima Sana Shaikh as the daredevil Zafira. YRF’s mega action entertainer, Thugs of Hindostan, is set to release on November 8, a national holiday, in Hindi, Tamil and Telugu.