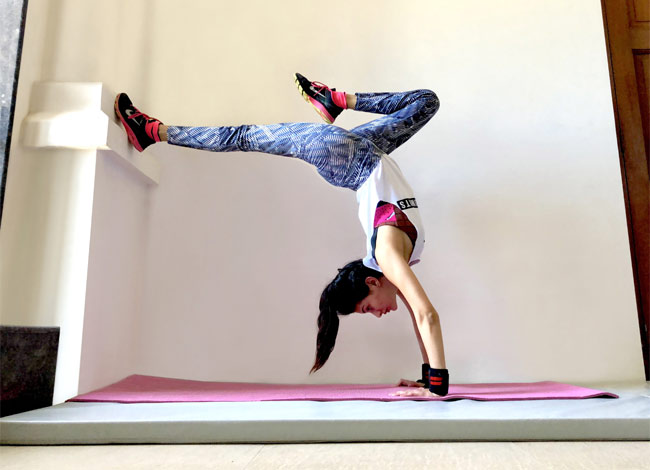 Amyra Dastur is one personality who sure won’t stop to keep surprising her fans and audiences. The actress may look pretty and dainty, but don’t be mislead by that. The actress is a tough cookie and a fitness freak who sure can kick some if the need be. The actress who loves experimenting with her fitness schedules is now taking upon a new form of fitness.

On the work front Amyra will next be seen as the lead in Deva Katta’s Prasthanam opposite Ali Fazal and Sanjay Dutt, in Leena Yadav’s Rajma Chawal alongside Rishi Kapoor and with Raj Kumarrao in Prakash Kovelamudi’s, Mental Hai Kya.

Tags:
Previous Article
HISTORY TV18 celebrates ‘History of Football’ in the run up to the World Cup
Next Article
Rasika Dugal to play IPS officer in a crime drama series ‘Delhi Police’