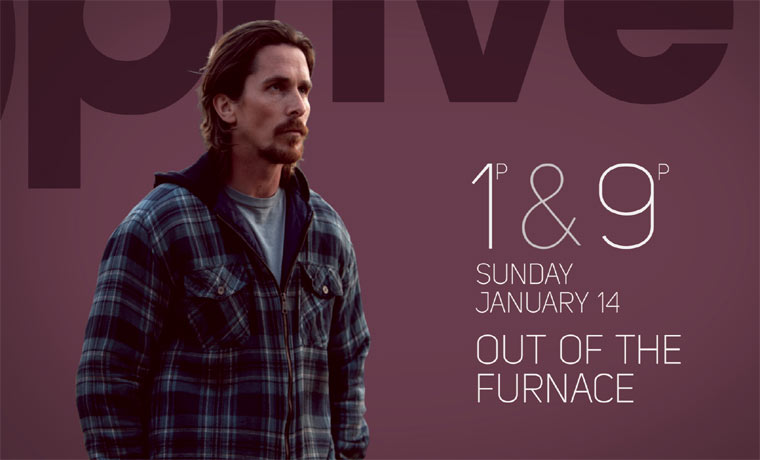 &Privé HD, the premium destination for nuanced English cinema from the house of ZEEL, is all set to bring the Indian television premiere of the movie ‘Out of the Furnace’ on Sunday, 14th January at 1:00pm and 9:00pm. This American thriller produced by Ridley Scott and Leonardo DiCaprio boasts of a star-studded cast comprising of Christian Bale, Casey Affleck, Woody Harrelson, Zoe Saldana, Forest Whitaker, Willem Dafoe and Sam Shepard.

Out of the Furnace is a gripping and gritty dramatic thriller about fate, circumstance and justice. Russell (Bale) and his younger brother Rodney (Affleck) live in the economically – depressed Rust Belt and have always dreamed of escaping and finding better lives. But when a cruel twist of fate lands Russell in prison, his brother is lured into one of the most violent and ruthless crime rings in the Northeast – a mistake that will almost cost him everything.  Once released, Russell must choose between his own freedom or risk it all to seek justice for his brother.

Catch the Indian Television Premiere of ‘Out of the Furnace’ on Sunday, 14th January at 1:00PM and 9:00PM only on &Privé HD.

Tags:
Previous Article
Discovery JEET set to disrupt the GEC market in India
Next Article
Zee Kannada Kutumba takes you back to the roots with Makara Sankranti