&flix to Premiere ‘Adventures of Aladdin’ on the 18th of November 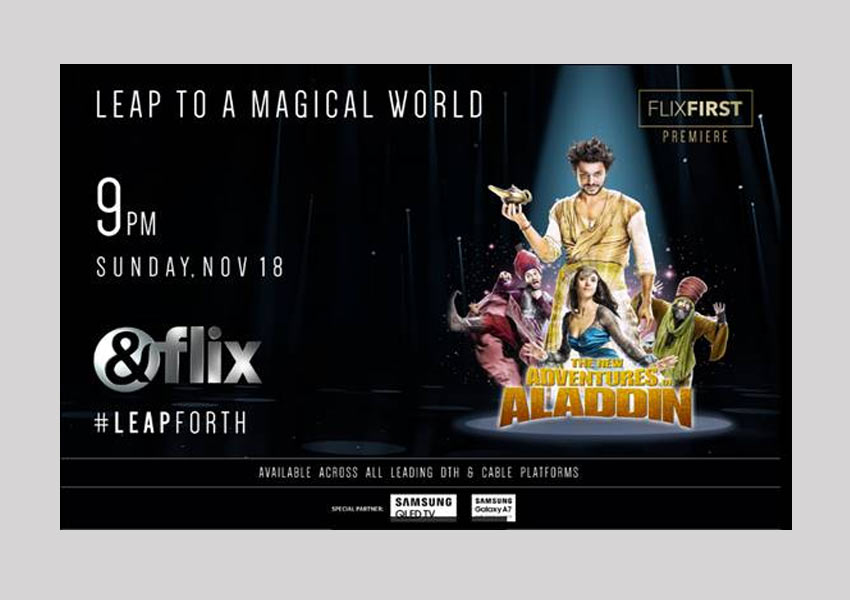 &flix, presents yet another Flix First Premiere – ‘The New Adventures of Aladdin’ – to be telecast this Sunday, November 18 at 9 PM. Keeping up with the times, &flix’s premiere showcase will take you inside the magical world of Aladdin, however, with a heavy dose of reality laced with humor. Directed by Arthur Benzaquen, the film stars Kev Adams in the lead role and other French actors such as Jean-Paul Rouve and Vanessa Guide who play the role of Vizir and Princess Sofia respectively.

This Flix First premiere, while inspired by the original movie, is embellished with a modern – day adventure of Genie and Aladdin. Just like how fantasy stories have the ability to transcend us into another world, with the New Adventures of Aladdin, &flix does exactly that and more – filled with comedy, drama, action and extra dose of entertainment.

On Christmas Eve, Sam and Khaled are disguised as Santa hoping to steal all that falls under their nose. In the middle of this heist, Sam gets stuck with children aged between 6-10 years-old and they beg him to tell them a story. Sam, just wants to escape and refuses, however eventually succumbs given the floor manager also gets in on it. Sam leaps forth to make some improvisations in the story of Aladdin where the main characters of the story are a representation of people in his real life. The connections he makes are twirled with the fantasy that it almost influences him to be better.

All’s Well that Ends Well, they say – join in to witness this magical experience at Flix First Premiere for The New Adventures of Aladdin on Sunday, November 18 at 9 PM only on &flix SD and HD!