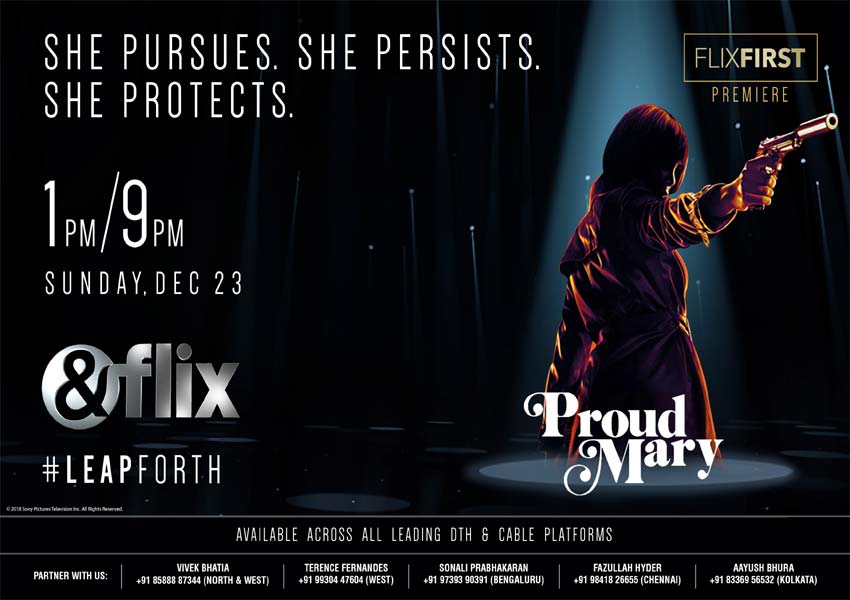 Set in Boston, this American action thriller, Proud Mary, is set to be the next Flix First Premiere this Sunday, December 23 at 1PM and 9PM on &flix, the destination for the biggest Hollywood hits. Directed by Babak Najafi, the film stars the very talented Taraji P. Henson among other stars like Billy Brown, Danny Glover, Neal McDonough, Xander Berkeley, Margaret Avery and Jahi Di’Allo Winston.

Taraji P. Henson who skillfully portrays the role of Mary, works for an organized crime family and puts up a one man show with extreme finesse.  Just like it’s expected out of an assassin, Mary fears no one, waits for no one and certainly doesn’t feel for anyone – good or bad. She does what is assigned to her and then moves on to the next target with the same class and style. One after the other, the fast-paced life whizzes past until she kills her new target Marcus Miller, a bookie. However, things go wrong and her life changes course when our cold-blooded killer discovers Marcus’ young teenage son in the other room. The ensuing events in the film sees the guilt of all her crimes catching up with her. She now looks out for the young teenage boy whom she feels responsible towards. Did the humane aspect in her overtake the murderer? Watch out for the choices that Mary will need to make that will determine the future of the two.

#Leapforth into this conflicted crime thriller as &flix is all set to premiere ‘Proud Mary’ on December 23, Sunday at 1PM & 9PM!