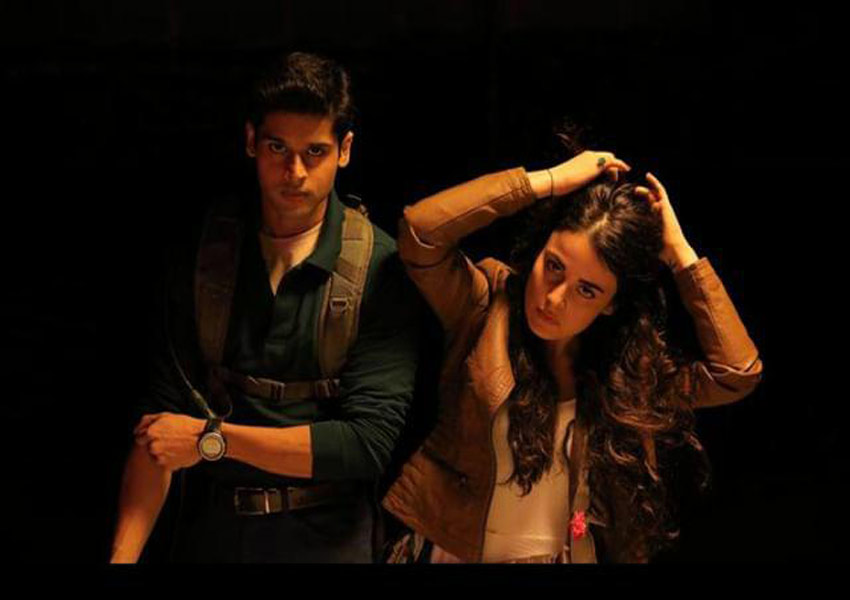 Mard Ko Dard Nahin Hota is the perfect blend of action and comedy. Written and directed by Vasan Bala, the movie is produced by the makers of Uri- Ronnie Screwvala under his banner RSVP Movies. The film stars debutant Abhimanyu Dassani along with Radhika Madan, Gulshan Devaiah, Mahesh Manjrekar and Jimit Trivedi essaying pivotal roles. Mard Ko Dard Nahin Hota was screened at the prestigious 43rd Toronto International Film Festival last year and bagged the People’s Choice Midnight Madness Award at the festival. &picturesHD is all set to air the World HD Premiere of the award-winning film on Saturday, 18th May at 8 PM.

The plot follows the life of a differently able child Surya (Abhimanyu Dassani) who is born with a rare condition, congenital insensitivity to pain. Due to his medical condition, Surya is immune to pain and he has to adapt to a lifestyle where he has to be mindful of any bodily injuries. Surya has to regularly sip water to avoid dehydration and wear swimming goggles to avoid injury, due to which he looks like an ‘aquaphile’ in school and is constantly bullied. Encouraged by his grandfather, Ajoba (Mahesh Manjrekar), Surya aspires to be a ‘Karate Man’. Surya finds an unlikely ally in his neighbour, Supri. His first foray into vigilantism is to come to the aid of Supri against her abusive father, but that event leads to the family being evicted from the building they lived in, and Surya and Supri are estranged as children. They go their separate ways, each one finding purpose and mentorship in unusual circumstances. Ajoba encourages Surya to pursue his passion secretly and Surya trains himself by watching VHS videos. Meanwhile, Supri is trained by Karate Mani who had earlier rescued her from the railway station. As the story progresses, the spotlight is on Surya and how he works towards his dream of training under Karate Mani (Gulshan Devaiah) and his encounter with Supri his childhood companion.

Abhimanyu Dassani who plays Surya in Mard Ko Dard Nahin Hota said, “Since it is my Bollywood debut, Mard Ko Dard Nahin Hota is a very special film for me. So that it looks believable and real, I performed all the stunts in the movie myself, I insisted to. We all as a team worked very hard and the results through our passion have borne fruit. I am happy that the audience loved the movie and I think the high point for me in the film was when I received and became the only debutante in the history of Indian Cinema to win an International award for best actor and our film won the Midnight Madness People’s Choice Award . I am looking forward to the World Television Premiere of Mard Ko Dard Nahin Hota on &picturesHD and I hope that the viewers who missed watching it in theatres can watch it on television.”

Radhika Madan who plays Supri in the movie said,“My character Supri in Mard Ko Dard Nahin Hota is very unconventional and relatable. She has a strong personality and plays a vital role in setting the pace for the story. Supri is the surprise package in the film and has many layers to her character. I thoroughly enjoyed playing the character and I hope the viewers have a blast watching it on &pictures HD.”

Mard Ko Dard Nahin Hota has won many accolades from critics and the film fraternity for its script and performances.The film was also screened at the 2018 MAMI Film Festival where it received standing ovation.Abhimanyu Dassanialso won the Best New Young Actor award at the International Film Festival and Awards Macao 2018 for his outstanding performance.