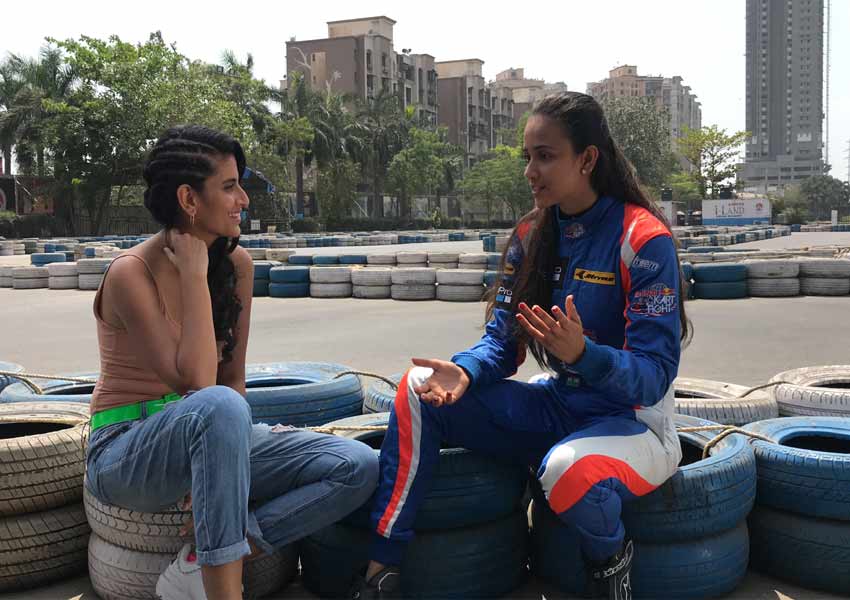 &PrivéHD has launched a new campaign – “Womyn in Power”.

&PrivéHD is calling out to break stereotypes as they celebrate women who are symbols of empowerment, achievement and inspiration with their campaign “Womyn in Power”. The word “woman” refers to “of man” implying that a women’s identity is inherently reliant on a man. The campaign specifically spells womyn with a ‘Y’ as &Privé HD recognizes that woymn have diverse and different identities and roles which are not defined by a relationship to men.

A 360-degree robust campaign has been set into motion to celebrate these powerful and path-breaking women. The channel, in association with Mira Erda, the youngest Indian woman to race in the Euro JK Series (Formula 4), and Homegrown, brought to life what women are capable of and can achieve in the field on motorsports, breaking gender stereotypes of how women are safe drivers as they took men out for a spin and recorded their reactions. Joining Erda in the conversation is Priyanka Kochhar – a contrasting success story who learnt to ride a bike at the age of 30. With the two powerful women, &PrivéHD has launched its digital ad film to celebrate the international women’s day.

In addition, feel the other side of award-winning films on &PrivéHD with Side by Side – Actress Special and &Privé premiers – Miss Slone, Professor Marston and the Wonder Women and Gemini. Each of these movies depict women who define themselves, whose resolve inspires the world, whose words resonate through time and whose brilliance shines bright with their powerful performances as they fight against all odds.