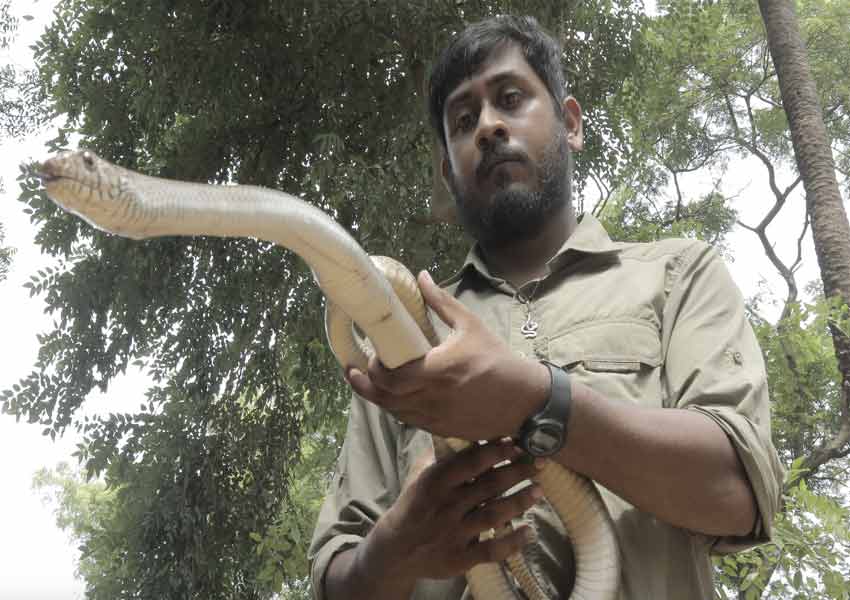 The expanding cities have intensified human-snake conflict like never before. As cities grow both vertically and horizontally, residential complexes have risen where once there was wilderness and wildlife. Hurt and homeless, snakes are turning up everywhere- homes, schools, offices, temples and even refrigerators! Animal Planet’s new 10-part series Snake Squad, which premiers on August 15 at 9:00 pm focuses on unsung heroes of the urban landscapes who are dedicating their lives to mitigating human-snake conflict and saving both people from snakes and snakes from people.

Snakes – an integral part of India

No civilization, country or society in the world is as inseparably linked to snakes as India has been. Snakes are friends, foe and God, and loved, feared, hated and worshipped in equal measures. They, in brief, are an integral part of India — culturally, economically and mythologically! On the other hand, they are also the cause of the worst man vs wild-animal conflict in the world. Conservative estimates put the human death toll of snakebites at 50,000 every year. Many experts and field workers, however, feel that the real number could be double that. Close to half a million human lives get destroyed through long-term disabilities. The casualties on the snakes’ side is even worse.

Traditional snake charmers have disappeared from modern India. Enter the young Snake Squad, a group of young men and women, often highly qualified and educated, driven by a passion for wildlife. They are dedicating their lives to mitigating this conflict and saving both people from snakes and snakes from people. Every major city in India has its own emerging, young squad. It has turned into a phenomenon. These squads are saving hundreds of thousands lives year after year.

It took almost two years for Optimum Television to put the inaugural series in place. Executive Producer and Director, Upma Bhatnagar met some of the best-known scientists and experts at Oxford University, Liverpool School of Tropical Medicine and even in Costa Rica. She also travelled to many parts of India on an exhaustive recee schedule.

Upma Bhatnagar, says, “I always wanted to tell the story of the Indian snake. Nothing comes anywhere close to the majesty of a King Cobra when it stands with its hood on full display. But, like most Indian stories, this too is highly, highly complicated. On the one hand, so many people are dying to snakebites every year. But, on the other, snakes happen to be the best pest controllers that nature has to offer. Remove them from the scene and you run the risk of being overtaken by rats and other pests in no time. Plus, lest we forget, snakes also happen to be God in India. It’s almost impossible to separate these two living entities from each other. We, therefore, decided to tell this complex story through the eyes of the many young men and women I met during my journeys. How we found these amazing people in various parts of India is another story. We wanted to include those heroes who are passionate and ethical. I can assure you, it is not easy.”