“Go for it Mom and Dad!!! Make me a brother”, quips Ayushmann Khurana 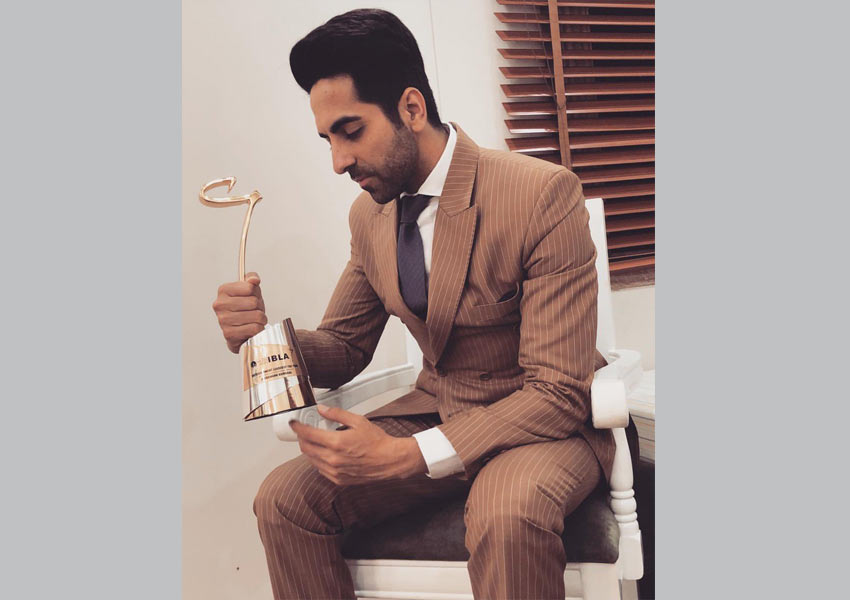 On the back of two great hits this year in the form of Andhadhun and Badhaai Ho, it was a 2018 to remember for all the right reasons for Ayushmann Khurana. Having played a character on the screen who finds out that his parents are expecting a baby, the actor, known for his quirky wit and humour, seems to be in some mood to be an elder sibling in real life too.

Ayushmann was felicitated with the Entertainer of the Year Award at the 14th edition of the prestigious India Business Leader Awards (IBLA) which is hosted by CNBC TV18. The actor later, in a candid chat, revealed that he wants his parents to get to work. “If given a choice between playing the characters that I did in Badhaai Ho or Andhadhun, I’d simply say Mom and Dad. Go for it!!!”

While both films were huge box-office successes as well as appreciated by masses and the critics too, it was playing two extremely opposite roles that brought the best out of Ayushmann. He further sheds some light which role of the two was the more challenging one. “It’s difficult to choose between Badhaai Ho or Andhadhun. I guess both films were very different from each other. Personally, Andhadhun was very challenging because it was a different character altogether. I had to learn how to play a piano from scratch. On the other hand, Badhaai Ho was relatively easy for I knew how to portray the character.”

Having picked out Andhadhun, where he played the role of a pianist who acts blind, it shouldn’t come as a surprise to see Ayushmann, who has crooned multiple songs in his career, pick out two films from the past with a musical theme as movies he’d like to have acted in. “I can just take a few examples. Not from 2018 though. I’d probably say La La Land because it was related to piano and music. From Bollywood, I’d say Rockstar because Ranbir played a singer. That would have been a very gratifying role I’d have loved to play.”

Directors and listeners, you’ve heard it from the man itself. It’s time to hit the right note once again with this very talented and dynamic superstar.

Aparshakti Khurana speaks on comparison made with his brother Ayushman