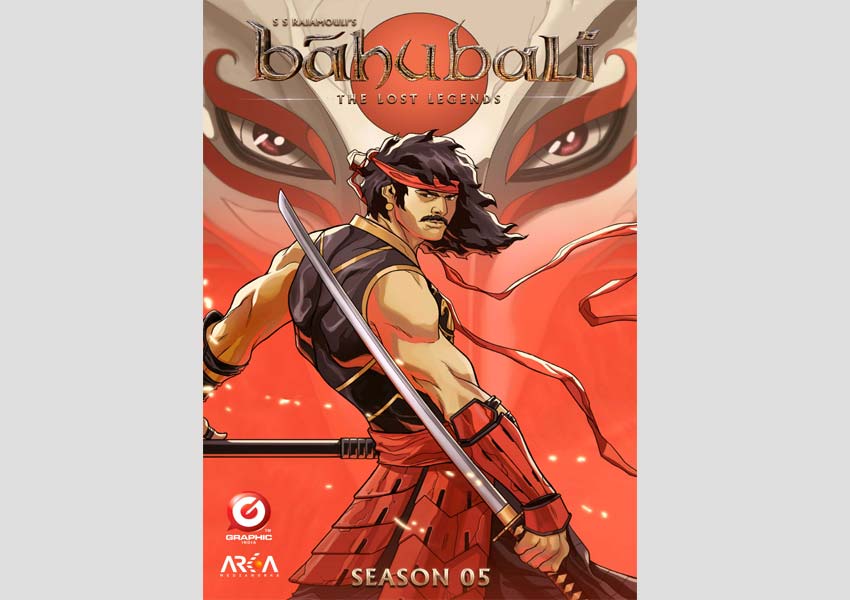 Produced by Graphic India and Arka Mediaworks, Baahubali: The Lost Legends initially launched in 2017 and created by S.S Rajamouli and Sharad Devarajan, is based on the blockbuster film franchise, beloved by millions of fans across the world. Season 5, brings the series to a total of 71 action-packed episodes for the country’s millions of Baahubali fans.

Baahubali: The Lost Legends is set before the Kalakeya invasion depicted in the first movie, when Baahubali and Bhallaladeva are still both young princes of Mahishmati.  Two brothers competing to rule the greatest kingdom of its age and the epic adventures they must endure to prove they are worthy to one day wear the crown.

“Season 5 takes Baahubali to ancient Japan on an adventure filled with intrigue, betrayal, war and action against some of the deadliest samurai and ninjas warriors he has ever faced! We continue to take fans deeper than ever into the events that shaped Baahubali from a young prince into a legendary hero he is destined to become,” added Graphic India Co-Founder, Sharad Devarajan, who is a series co-creator and Executive Producer with acclaimed filmmaker, S.S. Rajamouli and Arka MediaWorks.

Shobu Yarlagadda added “We are extremely happy that the Baahubali franchise continues to grow and live on in the hearts of our audiences through our animated series, Baahubali: The Lost Legends. It’s been a tremendous journey over the past few years with Graphic India, creating 71 episodes in 5 seasons on Amazon Prime”

In the fifth season, Baahubali, Kattapa and Bhallaladeva must journey east to the land of the rising sun, Japan (Nippon). There they find a country torn asunder by war. Nippon is falling apart with several warlords fighting over the pieces of what’s left. It is now up to Baahubali to unite the country and bring peace to the country by returning a fabled sword to the person most fit to rule. Standing in his way, however, are an army of merciless samurai, treacherous ninjas, ruthless warlords, dangerous swordsmen, and the villainous machinations of his own brother, Bhallaladeva!

The season features new, never before revealed stories about the characters from the film including Baahubali, Bhallaladeva, Kattapa and Sivagami as well as all new characters that expand the world of Baahubali.