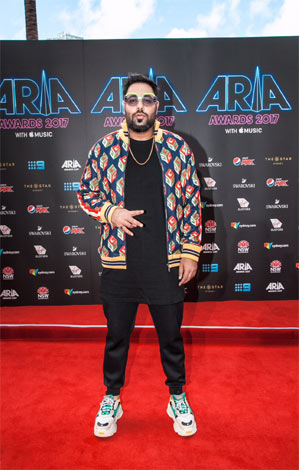 Rap star Badshah who is popular for not only for his music but also his fashion, was seen walking the red carpet at the prestigious ARIA Awards 2017, in Sydney, with the best from the industry.

The award saw performances by pop icon Harry Styles and another from Lorde, who combined piano ballad Liability with her hit single Green Light.

Says Badshah, “ It was a proud moment for me to be at the renowned ARIA Awards in Australia representing my country. I was very happy to know that people were aware of our music. The feeling was unparalleled.”