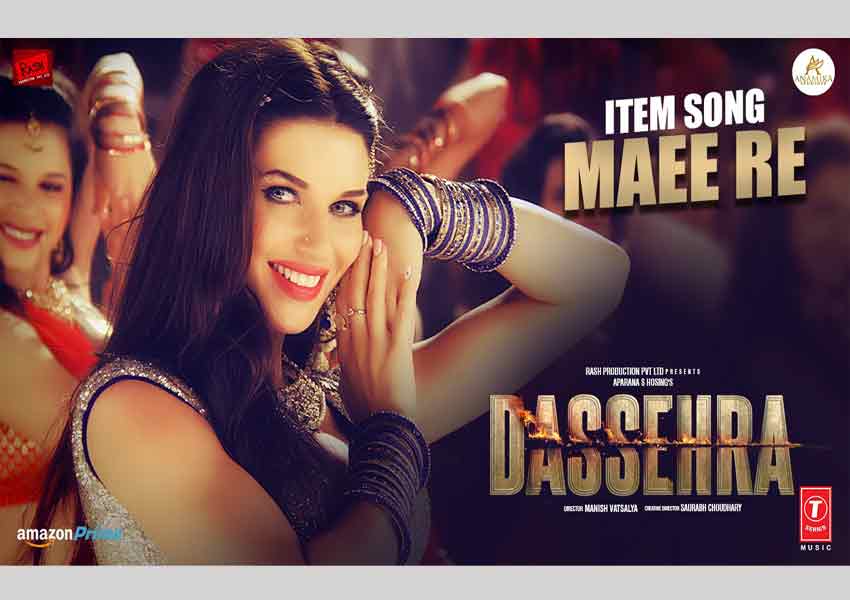 The Neil Nitin Mukesh – Tina Desai -starrer Dassehra is being touted as the Wanted of this year. If the trailer is anything to go by, it just might be Neil’s solo-hero blockbuster hit after a long time. Maee Re is the first item number of Dassehra. The song is all set for a hit the temperatures soaring high in this winter, the makers of movie have added skimpily clad Bahubali Fame Scarlett Wilson to the video.

Since the film is christened “Dassehra”, it would be unfair to not have a fitting song that justifies the title. “Maee Re” does that and it is said to be the ‘rowdiest song of the year’. Custom-made for the voice of Rekha Bhardwaj And Madhushree, your frown at the lyrics quickly metamorphoses into some foot-tapping.

Sung by Rekha Bhardwaj And Madhushree, the song would qualify for the Razzies. At the same time, credit must be given where it is due – the song is perfect to rile up all the front-benchers. Directed by Manish Vatsal , Produced by Aparana S Hosing and Creative Head of the Movie Saurabh Chadhary, the music has been composed by Vijay Verma. The lyrics of the song have been penned by Manthan.