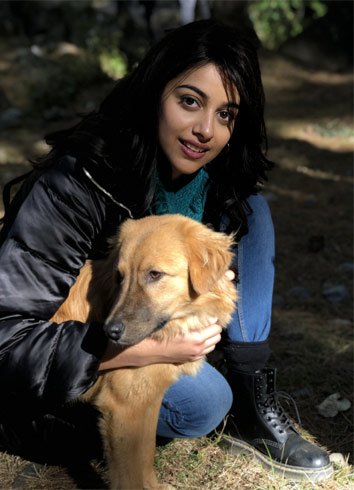 The trailer of October including its romantic ballads have left us all intrigued, making us more and more curious to know about the movie. 20 year old Banita Sandhu expressed her feelings on the challenges she faced on her debut film and a lot more.

Banita spoke at length about her debut with October. “It’s too crazy to think about it now but I feel everything fell into place because it was all fated.”

When asked about how she mastered the language barrier, she said, “The film was offered to me a year before it was shot so I hired a Hindi tutor. I was learning the language along with my normal university classes. Learning a language like Hindi, when you live in London and people around you speak in English, it is very hard to pick it up.”

The actress shared this problem with the director, Shoojit Sircar who helped her improve her diction further by training her through video calls. According to her, the accent was the key aspect and she wanted to learn the Indian accent which Shoojit helped her to attain.

Speaking about Indian cinema, she mentioned that language is no longer a barrier and with Hindi cinema if the content is good, the movie will be watched. “It is another world where we can open our eyes to”, said Banita.

When asked if she had watched the movie, “Yes I have and I am so proud of the way it has come out. I am really looking forward for all the British audience as well to watch it. It is an international film and a beautiful piece of art”.

Watch out what Banita Sandhu says about the film October!
MediaInfoline Mar 27