“I Believe You Need Creativity And Technique To Cook” – Rajeev Khandelwal 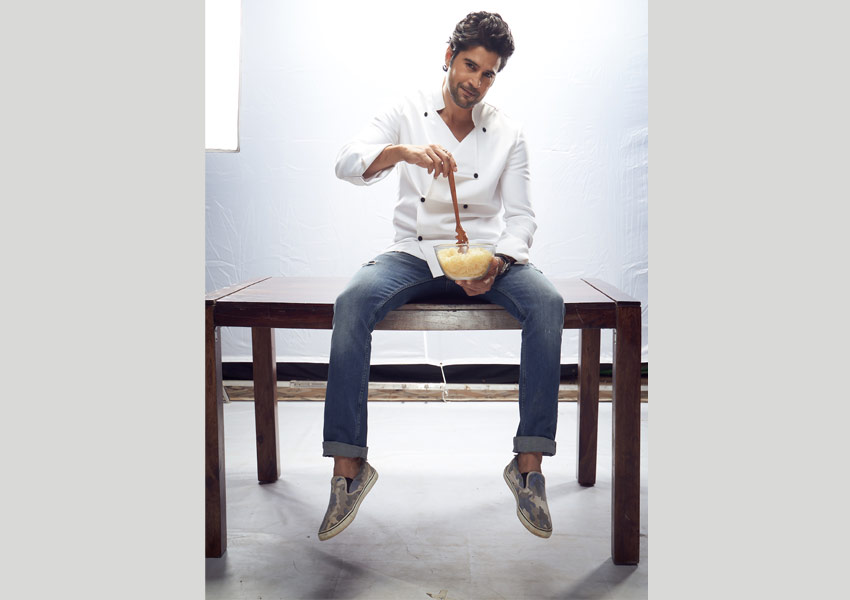 With ALTBalaji dropping the trailer of its most-awaited web-series ‘Coldd Lassi Aur Chicken Masala’, sparks are sure flying as two powerhouses of talent Divyanka Tripathi and Rajeev Khandelwal share screen space for the first time. Rajeev Khandelwal who continues to be downright favourite with the girls, will be seen playing Vikram, a Michelin Two Star Chef in the web series. He reveals his idea of cooking which gives us one more reason to admire this talented actor.

Rajeev Khandelwal shares, “I love to cook too but I don’t like to follow recipes or Google them. My wife is a huge fan of cookery shows but I could never understand her love for such shows. I enter the kitchen and make something from the ingredients available and sometimes it turns out really nice. I believe you need creativity to cook and there is a technique to it. It’s not at all an easy job.”

On his tryst with kitchen and cooking, the actor further added, “My dad was in the Army and was usually posted at borders. We were three brothers but I would be the one helping my mom in the kitchen. I would make tea for her or make chapattis as she was the last one to eat at home. This is how I actually learned cooking.”

Coldd Lassi Aur Chicken Masala is a story of two aspiring Chefs – Nitya (Divyanka Tripathi) and Vikram (Rajeev Khandelwal). The trailer gives a sneak peek into their lives as they fall in love but get separated due to circumstances. The series will explore love, sorrows, and misunderstanding through the heart-breaking journey of Nitya and Vikram streaming from 3rd September.