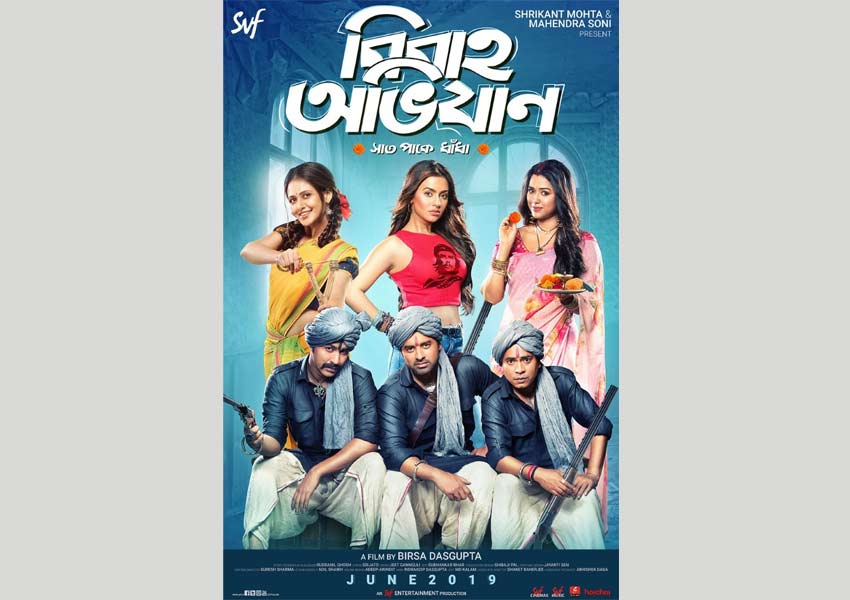 Director Birsa Dasgupta is known for experimenting and taking up various genres to present distinctive stories in front of his audience. This time, he is coming out with a comedy caper titled Bibaho Obhijaan (translation – A Wedding Saga).

Emphasising on a “comedy of errors” feel, the official poster of Bibaho Obhijaan was unveiled today on SVF’s social platforms, marking a month for the film’s release (21st of June, nationally).