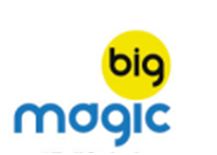 BIG Magic a variety general entertainment channel offers spellbinding and compelling content to its males and kids audience. Taking its multi-genre league forward, the network is all set to lure its spectators by adding four new feathers under its cap. Staying true to its bouquet of offerings, it promises that the new basket will comprise of shows ranging across genre panning from hyper mythological to family comedy to pure male TG oriented sitcoms.

First time on Indian television, the upcoming magnum opus show Shaktipeeth Ke Bhairav will depict the mythical story of 52 shaktipeeths from the perspective of one of the most powerful and raging form of Lord Shiva- Bhairav. With breath-taking locales, stellar performances, never-seen-before action and advanced VFX/action effects, Shaktipeeth Ke Bhairav promises to be a larger than life experience which attracts the male audience. The lavish sets coupled with intricate production elements will make the series a visual experience like never before.

The new ensemble of sitcoms Kunwara Hai Par Humara Hai, Tera Baap Mera Baap and Deewane Anjane are all set to bring in refreshing entertainment that helps men to take a break from the pressures of daily humdrum. The over the top (OTT) and quirky characters in each of the shows are bound to give audience abundant moments of laughter. While Kunwara Hai Par Hamara Hai amplifies the travails of Indian bachelor in a typical traditional family, where singlehood is taken for granted at every step, Tera Baap Mera Baap will showcase a comical twisted tale of neighboring families which suffer from lookalike syndrome- where son of one family looks like the father of another and vice-versa. Hola! That’s a mystery!

And only if you thought that was it! Hold on to your breathe… The network’s legacy show Naadaniyaan is back with a bang in a new avatar – Deewane Anjane. The show will portray the shenanigans of two quirky brothers where the younger lad is determined to get the elder one hooked-up but all for his own clever motives.

The new shows have popular actors of the television industry, who are known for their exemplary acting skills namely Raavish Desai, Harsh Vashishtha, Ramakant Dayma, Kashish Duggal among others in the show Kunwara Hai Par Humara Hai. The extraordinary skilled comedian Rajeev Thakur in Tera Baap Mera Baap and the talented Jay Pathak, Gaurav Sharma, Preet Kaur Madan and Jayashree Soni in Deewane Anjane. While the popular Rohit Bakshi will don the mythical character of Lord Bhairav and the skilled actress Ulka Gupta will play Parvati in Shaktipeeth Ke Bhairav.

The upcoming shows will be driven by a robust 360 degree marketing promotion bustle to reach out to its target markets across television, radio, digital and on-ground activation.

Commenting on the launch of new shows, BIG Magic General Manager Amarpreet Singh Saini said, “Big Magic has always created content that connects with the viewers. Our programming content is based on deep psychographic understanding of our viewers who are primarily males. With unique concepts & authentic treatment we are bound to become the primary source of entertainment for males in our country.” 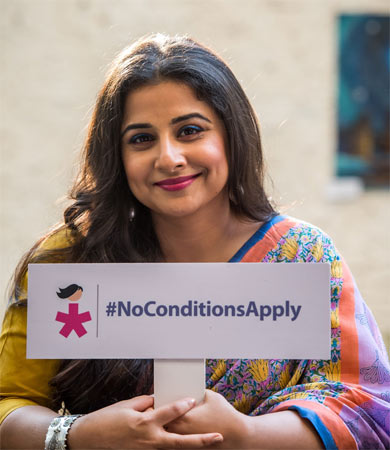