‘Book Club’ digs deep into 50 shades like never before 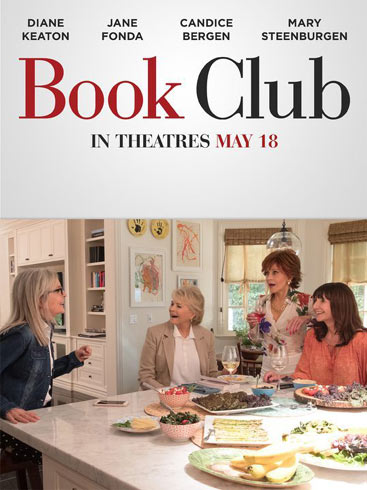 We’ve all read or heard of the infamous 50 Shades of Grey volumes. But who knew that this novel would inspire more than just seething hot takes and a movie trilogy! This May, get ready to join the spiced-up club as PVR Pictures’ releases the much awaited Book Club on 18th May 2018.

The rom-com about moms stars the holy quartet: Jane Fonda, Diane Keaton, Candice Bergen, and Mary Steenburgen. Book Club follows the journey of four women in their 60s who join a kinky book club together and uncover sides of themselves they never knew existed. Fifty Shades of Grey prompts the ladies to spice up their marriages, reconnect with exes, hit the dating scene again, and even fall in love.

Book Club revolves around the life of four women – Diane (Diane Keaton) is recently widowed after 40 years of marriage. Vivian (Jane Fonda) enjoys her men with no strings attached. Sharon (Candice Bergen) is still working through a decades-old divorce. Carol’s (Mary Steenburgen) marriage is in a slump after 35 years. Four lifelong friends’ lives are turned upside down to hilarious ends when their book club tackles the infamous Fifty Shades of Grey. From discovering new romance to rekindling old flames, they inspire each other to make their next chapter the best chapter.

Watch this hilarious mom rom-com on 18th May, in cinemas near you!

Jane Fonda turned down Book Club at first
MediaInfoline May 04