BookMyShow sells over 3.3 million for Baahubali 2

BookMyShow today confirmed that it has sold over 3.3 million tickets for Baahubali 2 so far. With this, the film which released in over 6000 screens today, has created an all-time record high on BookMyShow for advance ticket sales surpassing Baahubali 1 by over 350%. BookMyShow, which is India’s largest online entertainment ticketing platform, sold 12 tickets every second for Baahubali 2 all day yesterday.

Baahubali 2, which is most loved by the viewers in South India, continues to see a phenomenal response from Hindi speaking markets.

Ashish Saksena, COO-Cinemas, BookMyShow said, “Baahubali 2 is definitely taking the Indian film industry by surprise. The film, even before its release, has proved that it’s a blockbuster like no other with an extremely high chance of it entering the INR 100 cr club on Day 1 itself.  We have witnessed unprecedented ticket bookings for Baahubali 2 on BookMyShow and we have sold over 3.3 million tickets so far. The movie has clearly broken all language barriers and has reaffirmed that the audience loves to watch good content. We are excited to share our passion for movies with millions of movie buffs across the country at this time and look forward to Baahubali 2’s performance over the opening weekend.”

Tags:
Previous Article
National Geographic MISSION BLUE gains momentum
Next Article
Journalist Basharat Peer shares the Kashmiri point of view on the unrest in Kashmir, this week on Off Centre 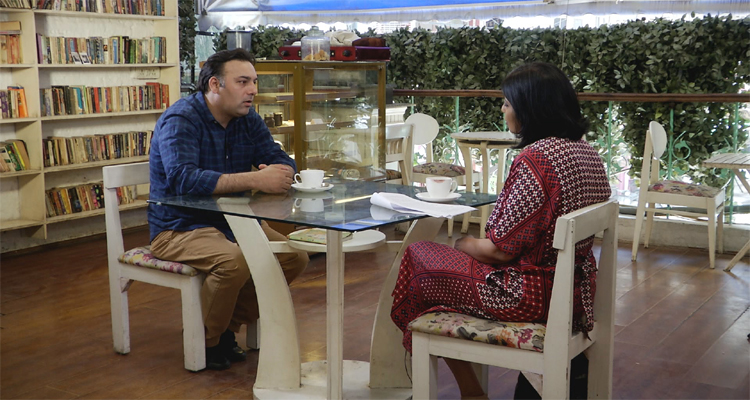 Journalist Basharat Peer shares the Kashmiri point of view on the unrest in Kashmir, this week on Off Centre
MediaInfoline Apr 29