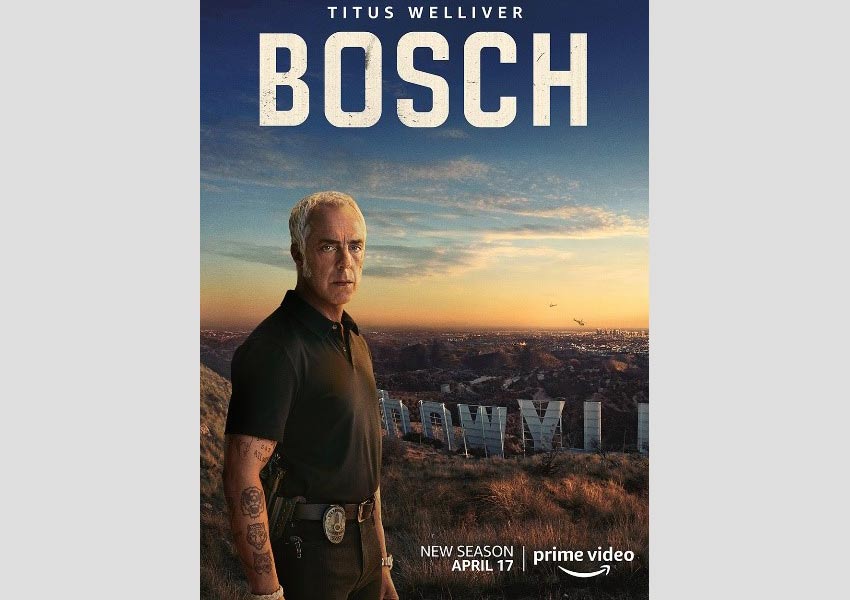 Season six of Bosch, Amazon Prime Video’s longest-running series, will premiere Friday, April 17, exclusively on Amazon Prime Video. The series is produced by Fabrik Entertainment, a Red Arrow Studios company. As previously announced, it also has been renewed for a seventh and final season.

In the ten-episode season six, after a medical physicist is executed and the deadly radioactive material he had with him goes missing, Bosch finds himself at the center of a complex murder case, a messy federal investigation, and catastrophic threat to Los Angeles—the city he’s pledged to serve and protect.

Bosch was developed for television by Eric Overmyer (Treme, The Wire, Homicide: Life on the Streets) and is executive produced by Welliver, Pieter Jan Brugge (Heat, The Insider, The Clearing), Bastin (The 100 Code, American Odyssey, The Comedians), Connelly, Overmyer, Daniel Pyne (Backstabbing For Beginners, Fracture, The Manchurian Candidate), James Baker and Bo Stehmeier.