Brad Pitt opens up about his struggle with alcoholism 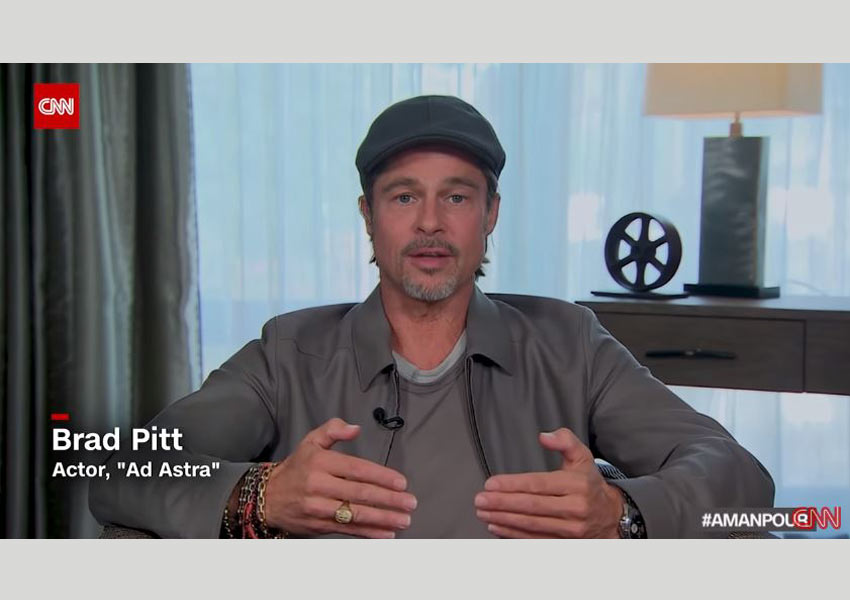 In an interview with CNN’s Christiane Amanpour, Hollywood superstar Brad Pitt discussed his new film Ad Astra, his battle with alcoholism and the Me-Too movement.

Space epic Ad Astra tackles a range of topics and Amanpour asked Pitt about the film’s focus on loneliness, father-and-son relationships, masculinity and vulnerability. “We all carry, I think, great pains, great regrets, we’ve all experienced loss, we’ve all experienced great loneliness at times. And we’re good at packing that away, not dealing with it, some are really good at getting through it and coming out the other side in a more well-rounded, I think, confident and loving human being. So, we just wanted to like, no holds barred, let’s just go get it out there.”

The two went on to discuss the summer hit Once Upon a Time in Hollywood and Pitt’s breakout role in Thelma and Louise.

Pitt also opened up about his struggles with alcoholism and talked frankly about how he has worked to start facing his problems rather than avoiding them, “I don’t want to at this point be running from anything. I want to sit in it, I want to feel it, I want to get through the rough night. And I found in doing so, you just come out the other side with a more profound understanding of yourself and a greater gratefulness for those in your life.”

Amanpour spoke to Pitt about the Me-Too movement and his early part in calling out Harvey Weinstein in the 1990s. When then girlfriend Gwyneth Paltrow was propositioned by Weinstein, Pitt confronted the media mogul.

Asked about the incident, Brad Pitt downplayed his own role in the movement but gave credit to its importance, “At that moment, I was a boy from the Ozarks on the playground and that’s how we confronted with things. And I wanted to make sure nothing happened further because (Paltrow) was going to do two films. You know, I think that the interesting thing is that we, Hollywood specifically, but the work place, men and women’s dynamic is being recalibrated, and recalibrated in a very good way, and it’s long overdue. And I do think that’s an important story to tell.”

Tags:
Previous Article
A Little Late with Lilly Singh Premieres in India on Star World
Next Article
Hungama Play enters into a strategic partnership with OnePlus