Brian Banks Is All Set To Premiere On &PrivéHD on Saturday 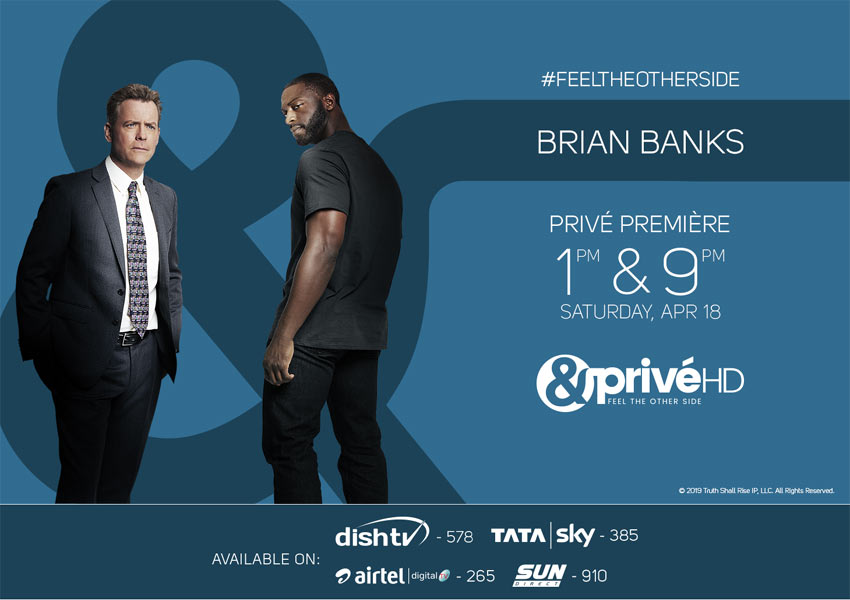 &PrivéHD is set to premiere, Brian Banks, a movie based on true events occurred in the life of an American high school footballer on Saturday, April 18, 2020 at 1 PM and 9 PM. This truly inspiring story will take you to the other side of a broken judicial system turning the life of the upcoming football star as he struggles to achieve his dream. Available with the Zee Prime English HD Pack, the channel encourages viewers to explore the unheard and the uncommon Privé Premieres all through April.

The movie revolves around Brian Banks, an all-American high school football star who suffers a dramatic turn of events as he’s wrongly convicted of a crime he didn’t commit. Despite the lack of evidence, Banks gets pushed through a broken justice system and sentenced to a decade of prison and probation. Years later, with the support of Justin Brooks and the California Innocence Project, he fights to reclaim his life and fulfill his dreams of playing in the NFL.

This April, witness an usual story of an upcoming NFL star, Brian Banks is set to premiere this Saturday, April 18 at 1 PM and 9 PM only on &PrivéHD