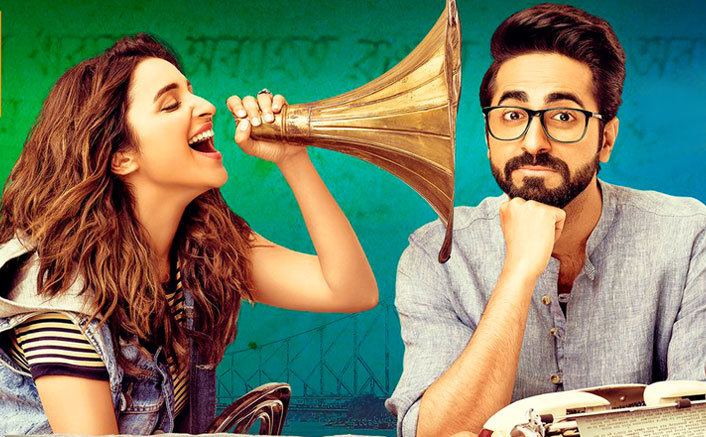 Sony MAX, the leading Hindi movie and special events channel brings to its viewers a love story set in the 1980s with ‘Meri Pyaari Bindu’. Experience the story of a successful writer Abhimanyu Roy who returns to his roots in Kolkata to write an old-fashioned love story.

The film directed by debutant Akshay Roy, featuring Parineeti Chopra and Ayushmann Khurrana in lead roles narrates the tale of, Abhimanyu Roy (Ayushmann Khurana), who feels discouraged with the lack of critical appreciation for his work and returns back home to write more meaningful literature. He decides on a story – which was now, 3 years in the making. He had been experiencing writer’s block trying to get the story down and he knows exactly what this writer’s block is – Bindu (Parineeti Chopra). How does one contain this unpredictable, larger than life, live wire in the pages of a book?  So where should Abhimanyu begin?

Ayushmann Khurrana, said, “This movie doesn’t only star Parineeti and Ayushmann but also Kishore Kumar, Lata Mangeshkar, Mohammed Rafi because we have those songs of the year and they have certain nostalgic value. Each and every song has a memory attached to our lives in the film which makes it very special.”

Parineeti Chopra, said,“It’s one of the sweetest films I have worked in. There is so much nostalgia in the film, the music, situations, Kolkata and this girl Bindu is totally mad. I completely enjoy playing such characters.”