In a no-holds barred interview with CNN-News18’s Rajeev Masand, National Award winning actor Vidya Balan will talk about several topics including the sexual harassment scandal that shook Hollywood, the similarities shared between Bollywood and Hollywood and her nomination as a member of the Central Board of Film Certification.

Speaking about the Weinstein scandal she said, “I am living example of the fact that not everyone is a predator. It’s how you dictate the equation. But I come from a privileged background so I always gave the vibe that I don’t need this, I’m only doing this as a passion, I’m very serious about this but I won’t react with people in a way that was personal. Almost err on the side of caution. Maybe it’s also a middle class thing. If you smelt a rat, you’d rather keep away. That was my way of protecting myself.”

“But I have heard of people who had been absolutely fine with me, going and threatening, propositioning other women and I would tell some of them you shouldn’t keep quiet about it and they would say I don’t want to be known for this controversy. And there’s also fear that other producers won’t give you work. It seems like if you speak about it, people won’t want to work with you”, she added.

She further added, “I always thought that at that level with that kind of success female actors in Hollywood would keep quiet and tolerate sexual harassment. But maybe at that level you have more to lose or as much to lose. I didn’t go through it because I was so careful that sometimes I deliberately walked away before anyone could say anything. You get a vibe and I would walk away because I wanted to be safe. Having said that, whatever you want to do for the sake of your career or your life, no one should be judging you either way.”

Talking about her appointment as a member of the reconstituted Central Board of Film Certification (CBFC),Vidya said, “I thought we’ve all been on the other side and openly criticised how things were happening. If I want to be part of change, this is my opportunity doing something about it. So I thought let me give it a shot.”

Watch Straight Talk with Vidya Balan, tonight at 8:30PM, only on CNN-News18.

Drive away lockdown blues with ‘Lunchbox’ with Shilpa Rathnam 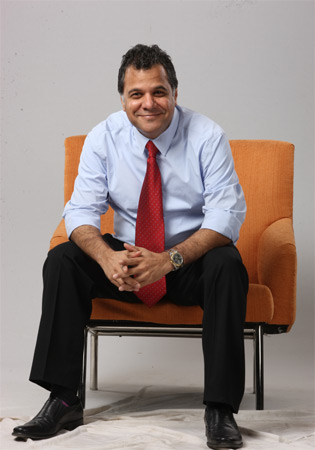