Catch the World Television Premiere of Simran on Sony MAX 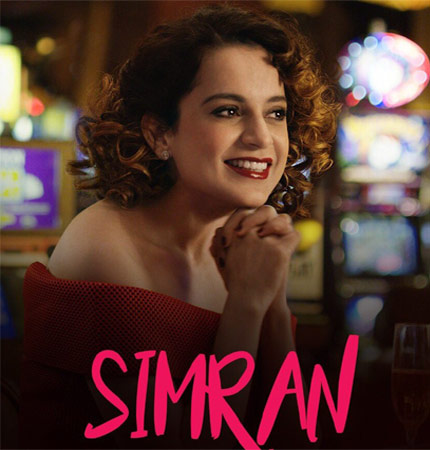 We are just a few days into 2018 and Sony MAX, the leading Hindi movies channel from Sony Pictures Networks already has a huge surprise in store for its viewers. The channel will be kicking off 2018 on a grand and entertaining note with the world television premiere of one of the most critically acclaimed movies of 2017, Simran premiering on Sony MAX on 12th January at 8pm.

Directed by ace director, Hansal Meha with Kangana Ranaut in titular role, Simran is based on the real-life sensational story of 24-year-old Indian-American, Sandeep Kaur, who robbed several banks in Arizona, California and Utah in 2014 under glamorous disguises. Simran is the story of Praful Patel, a 30-year-old divorcee, played effortlessly by Kangana Ranaut, who lives with her Gujarati parents in Georgia and works as a housekeeper in a hotel. As is the case in most middle-class houses, the family is her biggest critic. To escape the family drama, Praful flies off to Las Vegas and that’s where her real troubles begin when she goes to a casino.

Kangana Ranaut said, “This film came to me as a one-liner. The initial idea was to make it into a thriller. Apurva had given it a drug-and-stock exchange-backdrop like Wolf of Wall Street, and the girl was a nurse. But I didn’t see Simran as much of a threat. What was amusing was the prejudice Americans have against her. A brown-skinned person just has to say “I am strapped”, and they will give you everything. I found it hilarious on many levels. Simran never has any weapons. I wanted to take potshots at the Americans prejudice for skin colour.”

Catch Kangana’s stellar performance in ‘Simran’ only on Sony MAX on Friday, 12th January at 8 PM.