Celebrate friendship this Sunday with Yaarana on Sony MAX 2 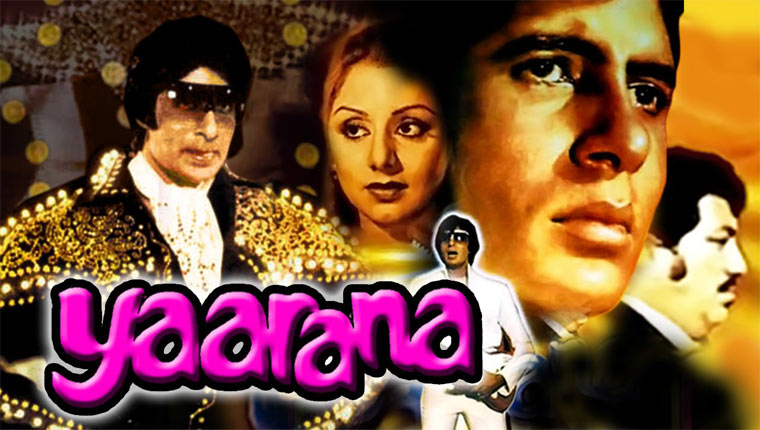 Did you know, it was Amitabh Bachchan’s idea to use electric bulbs in the song ‘Saara Zamana’ or that the director of the movie, Rakesh Kumar wanted to sign Amitabh Bachchan, but his dates were already blocked by other filmmakers so he shot daily from 7 to 8 in the morning for Yaarana post which he shot for his other ongoing movies. With the best melodies and strong narrative, the 1981 Box Office hit Yaarana still has its magic alive today. Sony MAX2, India’s iconic Hindi movie channel from Sony Pictures Networks will air this evergreen movie as part of their jubilee junction festival on Sunday, 18th March 2018 at 7PM.

Yaarana was in a true sense a musical blockbuster with a phenomenal combination of music director – Rajesh Roshan and versatile singer Kishore Kumar. With a song like ‘Saara Zamana’ that is still remembered for Amitabh Bachchan’s dance with electric bulbs, the movie also had melodious songs like ‘Tere Jaisa Yaar Kahan’ and ‘Chookar Mere Mann Ko’. Produced by M. A. Nadiawala, Yaarana has a stellar cast including Amitabh Bachchan, Amjad Khan, Neetu Singh. Tanuja and Kader Khan.

Yaarna is the story of inseparable childhood friends, Bishan Kumar (Amjad Khan) who is a multi-millionaire and Kishan (Amitabh Bachchan) an orphan. As they grow up, Kishan becomes a farmer and Bishan goes abroad for further education. Years later, Bishan returns home to renew his friendship bond with Kishan and soon realizes that Kishan has a golden voice. Bishan forces him to take training and makes him an established singer. While Kishan is enjoying his newly gained stardom, Bishan has lost all his wealth. Kishan then decides to use his musical talents to fund his friend back.

Witness the real meaning of friendship with Yaarana on 18th March, Sunday at 7pm only on Sony MAX2.