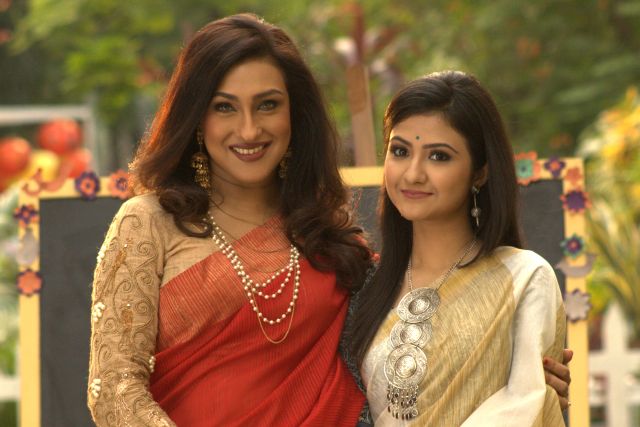 Bring in the new year celebrations with Abir, Drishti, Subho and Antara in ‘Subho Drishti’, as they share with you their happiness and felicity on COLORS Bangla. Adding to its elaborate line-up of shows, COLORS Bangla will kick off 2018 in style with a captivating drama Subho Drishti – a bitter sweet tale about sibling revelry that premiers on Monday, January 1, airing Monday to Sunday at 7:30pm. A riveting story, a stellar cast and the spellbinding script will make for complete entertainment experience for the viewers of the show.

Following the journeys of two pairs of siblings – Abir-Drishti and Subho-Antara, the show encapsulates their intertwined destines as Drishti and Subho cross paths time and again leading to series of explosive coincidences and happenstances. Their story doesn’t seem to have a happy beginning nor a happy ending when the protagonists must face many trials and tribulations from the most unexpected avenues, as the twists in their story promises to take you on an eventful ride.

Ecstatic on the launch of the extravagant drama, Rahul Chakravarti – Business Head, Colors Bangla and Colors Odia said, “At COLORS Bangla we are always looking to entertain our viewers with unparalleled content that has the potential to make their time spent watching worthwhile. With Subho Drishti we are celebrating the new year with a very unconventional romantic-drama, that promises to encapsulate viewers’ attention through a vivid storyline set against a backdrop of love and family ties. This visual extravaganza is an unique collaboration of stalwarts from the television industry and we are excited to bring the best of family entertainment to our viewers.” 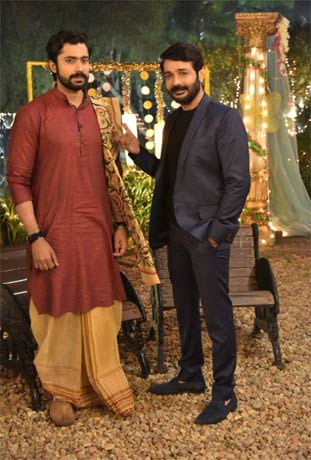 Produced by Vandana Films, Subho Drishti will see Aishwariya Sen (Drishti) and Gourab Roy Choudhary (Subho) play the lead roles. Recreating the magic of the silver screen, the sweetheart couple of Tollywood Rituparna Sengupta and Prasenjit Chatterjee will be seen together for the first time on television. Adding to the charm of the show, the soulful music will be scored by the award-winning film music-director Anupam Roy, who marks his television debut with Subho Drishti, while the vibrant and grand sets have been designed by Shyam Dey.

Don’t miss the charismatic entertainment of this romantic family drama starting January 1, Monday to Sunday at 7.30 pm, only on COLORS Bangla!

BookMyShow reveals how India entertained itself in 2017
MediaInfoline Dec 27