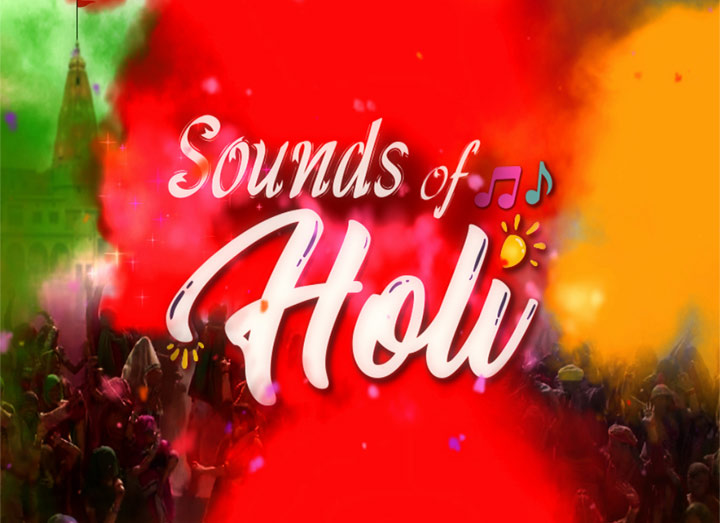 On the occasion of Holi, one of the most vibrant and colourful festivals of the country, CNN-News18 has lined-up special programming for its viewers.

In a Holi special show, Sounds of Holi, the channel will take viewers on a unique journey of unmissable sound and cheerful spirit associated with this festival. From the ‘Krishna’ chants in Braj (Vrindavan) to the Bhojpuri Holi songs of Patna and from the somber Sufiana Holi verses at Nizamuddin Dargah to the Bhasm Holi of Varanasi, the show will capture all the heart-warming sounds that reverberate in the atmosphere during the festival of Holi, making it a festival for all. Adding to the festive fervour, CNN-News18 will also take viewers behind the scenes of creating a super hit Bhojpuri sound track.

In another special, CNN-News18’s Entertainment Editor Rajeev Masand will host The Bollywood Roundtable – The Breakouts. The show will feature Manav Kaul (Tumhari Sulu), Meher Vij (Secret Superstar), Pankaj Tripathi (Newton), Seema Pahwa (Shubh Mangal Saavdhan), Shweta Tripathi (Haraamkhor) and Vikrant Massey (Death in the Gunj) who broke out into the public consciousness with outstanding performances. In a candid conversation, the actors will talk about their long yet successful journey to fame and recognition. The actors will also express their thoughts on playing character roles in a ‘Hero’ obsessed film industry.

Catch ‘Sounds of Holi’ at 9:30PM and ‘The Bollywood Roundtable – The Breakouts’ at 10PM on 2nd March.