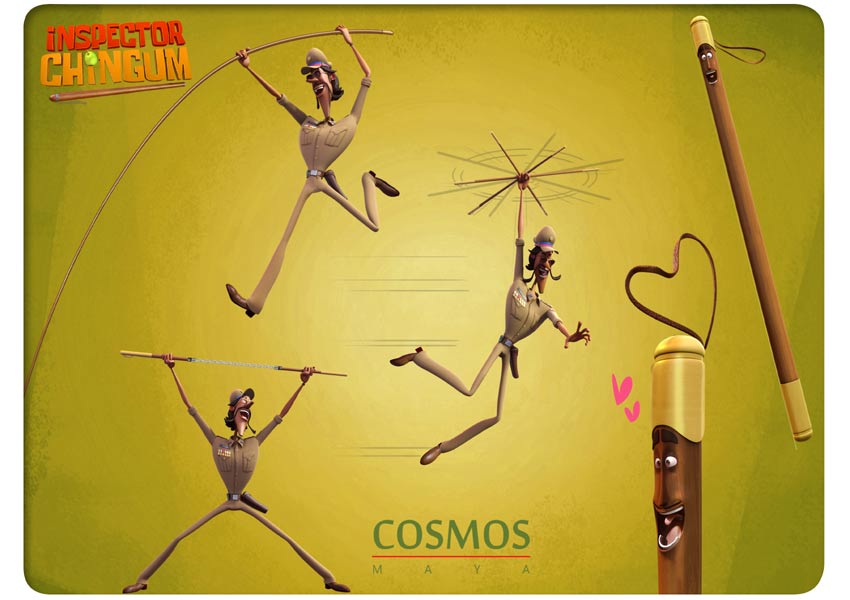 Cosmos-Maya has launched Inspector Chingum, an eponymousspin-off of the popular ‘Motu Patlu’ franchise on TV. Fans of the character can watch the show on Disney’s Hungama TV 29th April onwards.

The show was launched on Amazon Prime Video last summer and has been doing well on the platform. Disney has therefore been successful in leveraging the placement of the show.

The very popular Inspector Chingumis one of the characters from Cosmos-Maya’s Motu Patlu and has been featured in more than 400 episodes of the series.Kids have loved him for 7 years and now he has his own show. This 52 episode series will have a 22-minute run time for each episode.

Chingum, inspired by Superstar Rajinikanth, has a heart of gold, helps everyone in need and carries out his duties with immense diligence. His misadventures make the character both comical and action oriented.

Each episode of the series will feature funky rap songs by Baba Sehgal, one of the pioneers of Indian rap. Cosmos-Maya has also acquired from T-series, the rights to some of Bollywood’s popular dance numbers like ‘Lungi Dance’ and ‘Hudd Hudd Dabangg’.

Speaking on the development, Anish Mehta, CEO Cosmos Maya said, “The show boasts of a never seen before animation style. We have pushed the envelope of 3D animation quality with Inspector Chingum. Kids in the 200 million odd TV households are in for a real treat this summer.”

Suhas Kadav, Chief Creative Officer, Cosmos-Maya and creator of the show added, “Inspector Chingum has a very lovable persona and is one of the most popular characters on MotuPatlu. He exudes charm, is comical and goes about fighting crime. These are just some of things that make his character very aspirational and endearing.”