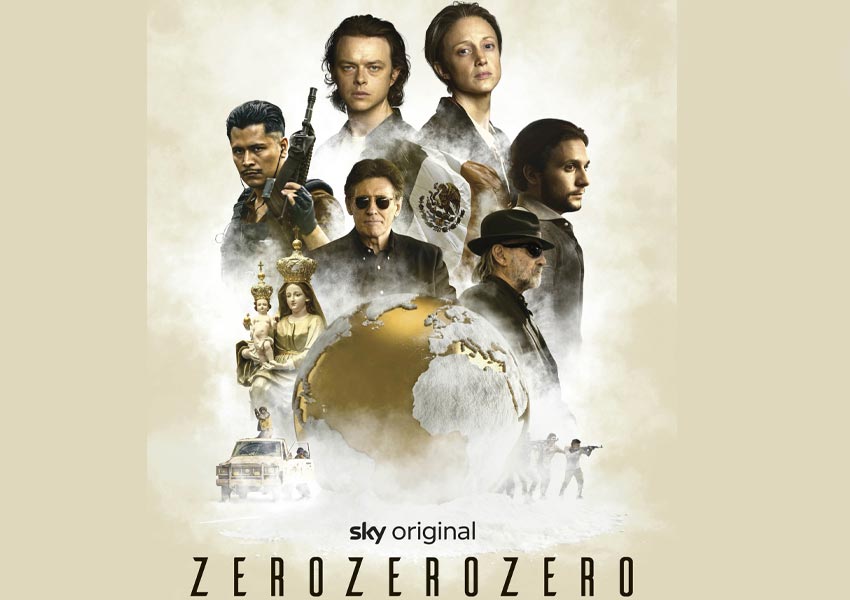 Amazon Prime Video to premier the very famous Italian Crime Thriller series ZeroZeroZero from November 10. The series is divided into 8 parts and is adapted by a book written by Roberto Saviano. The series has been created by Leonardo Fasoli, Mauricio Katz and Stefano Sollima starring Andrea Riseborough, Dane DeHaan and Gabriel Byrne.

The storyline of the series follows a journey of a cocaine shipment, then tracing it from the Italian cartel, passing it via Mexico and then across Atlantic Ocean. The main casts plays the role of an American Lynwood family, that controls the international shipping company acting as a cocaine broker between Italian and Mexican organized crime.

The series has received 89% rating on Rotten Tomatoes and 8.2 on IMDb. The Critics Consensus on Rotten Tomatoes states, “An addictive thriller whose greatest weakness is that it is at times too withholding, ZeroZeroZero will stick with you long after the credits roll.”

ZeroZeroZero will be one of those thousands of movies and TV shows from Bollywood and Hollywood in the Prime Video Catalog. Some of such films are Shakuntala Devi, Nishabdham, Borat: Subsequent Movie film, Gulabo Sitabo, Penguin, French Biriyani, SufiyumSujatayum, Law, PonmagalVandhal, CU Soon, V, etc. And some of Indian and Hollywood series like The Forgotten Army – Azaadi Ke Liye, The Marvelous Mrs. Maisel, Fleabag, Breathe: Into The Shadows, Tom Clancy’s Jack Ryan, Paatal Lok, The Boys, Four More Shots Please S1 and 2, Bandish Bandits, Hunters, Inside Edge S1 and S2, Made In Heaven, etc.

Catch the official trailer of ZeroZeroZero here and the crime thriller series will stream on Amazon Prime Video from November 10.

Tags:
Previous Article
Talk show 9 Months by Firstpost comes back with its 5th season
Next Article
CLOUDSEC 2020 Sheds Light On The Future of Cyber Resilience