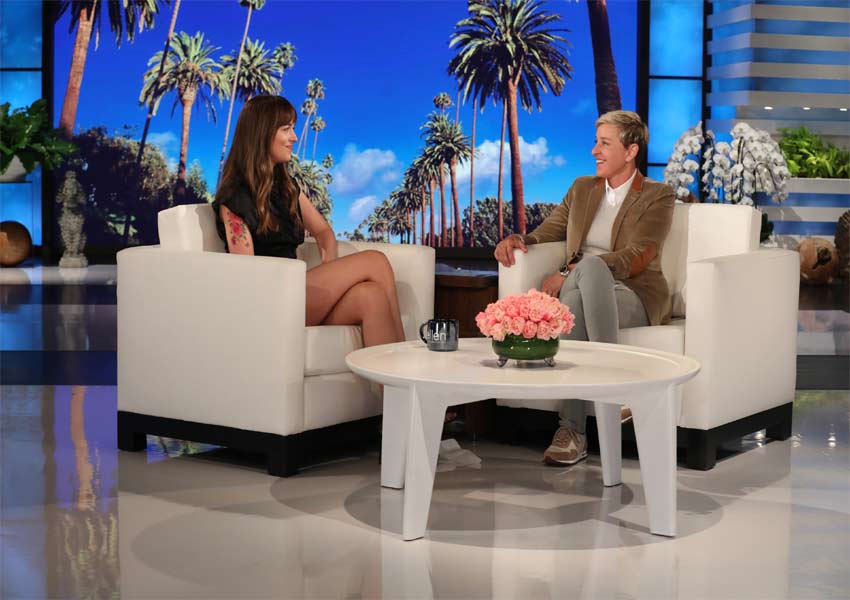 Opening the episode, Dakota shares interesting behind the scene trivia during the filming of ‘Bad Times at El Royale’ and reveals how Chris Hemsworth’s good looks were a distraction for her on the sets. Dakota also addressed the rumors she is pregnant with boyfriend, Chris Martin’s child and confirms she was not hosting a gender reveal party, which was previously reported, but celebrating her birthday. She shared, the blue and pink balloons were spotted above the party was anything but baby related and laughs with Ellen on the wishes she received regarding the baby.